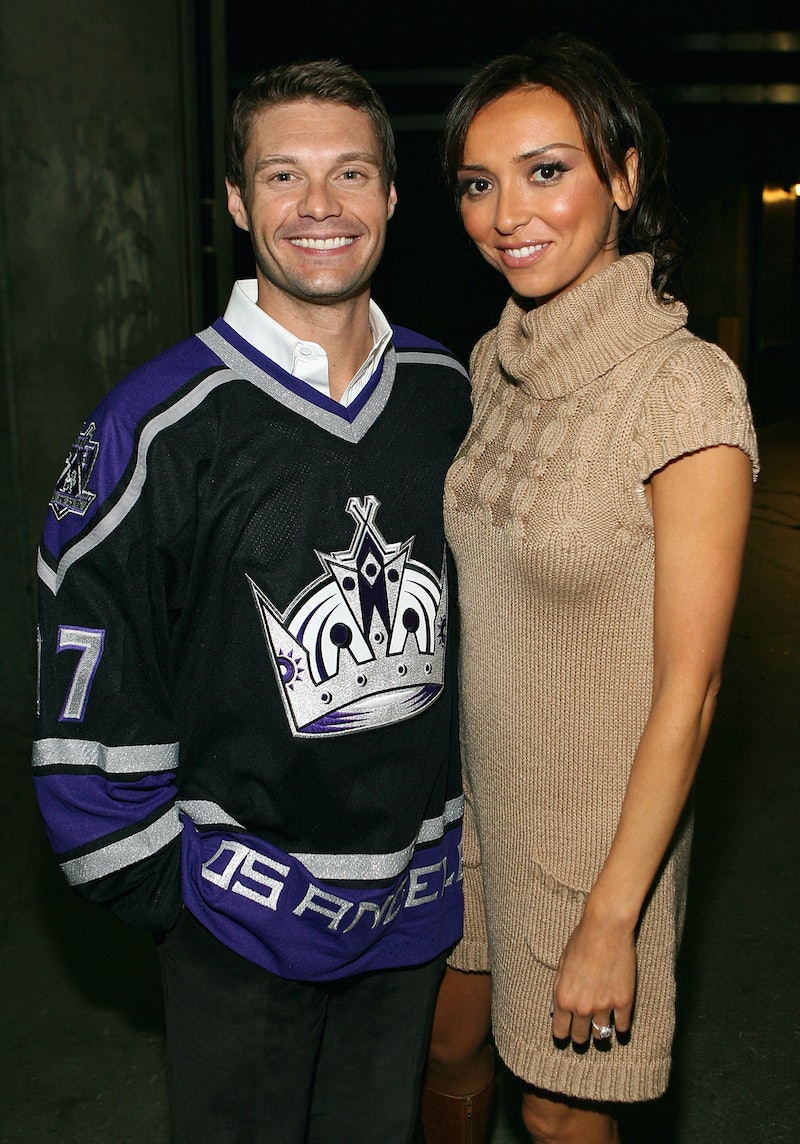 Philosophical life question: If there's an E! red carpet but Giuliana Rancic and Ryan Seacrest aren't around to host it, is it actually happening? Turns out, it is, because Jason Kennedy and Sibley Scoles are hosting E!'s Live From the Red Carpet coverage at the 2016 Billboard Music Awards on Sunday, and it's definitely actually happening — despite the fact that red carpet staples Rancic and Seacrest nowhere to be found. For regular E! watchers wondering why Rancic and Seacrest aren't at the 2016 Billboard Music Awards, their absence is like a bit of a culture shock. And hey, as a pop culture addict myself, it's a surprise that's understandable — after all, Rancic and Seacrest are, for all intents and purposes, basically the faces of the network. So what's up?

This is not the first time that Seacrest has not hosted the BBMAs red carpet, notably missing from the pre-show last year, as well. Considering the dude has approximately 37 different jobs, it's understandable that he could've had a scheduling conflict or simply wanted a night off. His social media doesn't give much insight into where he is, so Seacrest's whereabouts are pretty much an actual mystery until he reveals what he's up to tonight instead. Dun, dun, dun.

As for Rancic, her social media doesn't offer any insight into why she is not on the red carpet tonight, either. However, Rancic is set to resume her regular role as Fashion Police host on Monday, Heavy.com reports. Which means that even though Rancic is not physically on the red carpet in Vegas on Sunday, she'll still be there critiquing all of the fashion choices on Monday.

And all is right with the world.