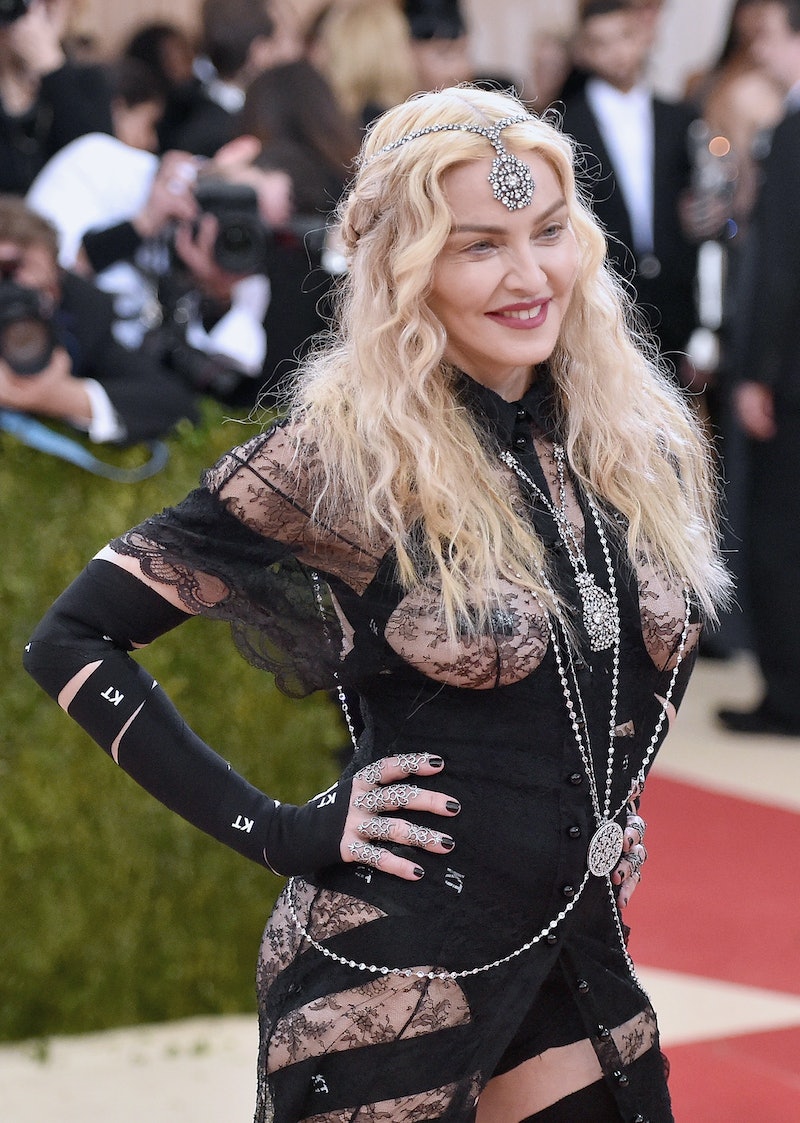 From Britney Spears' medley of a performance to Céline Dion's return to the stage, you won't want to miss a minute of the 2016 Billboard Music Awards. Perhaps the most highly anticipated moment is Madonna's tribute to Prince. Essentially, it's one musical legend remembering another. Leading up to the big event, there's a good chance fans are wondering: Will Madonna lip sync at the BBMAs? But if that's what you're asking, I think you're kind of missing the whole point of the performance. Shouldn't the focus be on remembering the "Purple Rain" singer and celebrating his life? I sure think so. Technical details shouldn't overshadow the heart behind it.

Granted, I can see how it's a bit disappointing if Madonna doesn't actually sing. But something tells me, she'll be giving it her all — background track or not. Prior to the show, the award show's producer Mark Bracco told the Associated Press ,

It’s going to be very, very intimate and very respectful, and I think it’s something that is really going to pay tribute to Prince as the incredible, groundbreaking artist that he was and the influence that he had on music.

If it's going to "respectful" and "intimate," that sure sounds like she'll be performing from the heart — whether she actually sings. But I'm seriously rooting for her to raise her voice in his honor. In a September 2015 review of Madonna's Rebel Heart Tour on Slant magazine's website, Sal Cinquemani wrote, "Madonna has in recent years relied, perhaps too heavily, on lip-synching. But she can carry a tune far better than she's typically given credit for." This makes me think that although she's lip synced in the past, that doesn't have to be the case at the BBMAs.

When news first broke of Prince's untimely death, Madonna shared a heartfelt tribute on Instagram. She captioned her photo, "He Changed The World!! A True Visionary. What a loss. I'm Devastated. This is Not A Love Song." If that's what she posted on social media, I can only imagine the tribute she'll give when provided with an entire stage to remember her former friend.

As far as the lip syncing, fans will just have to wait and see what happens. But my hopes are high — and really, I doubt Madonna will disappoint.