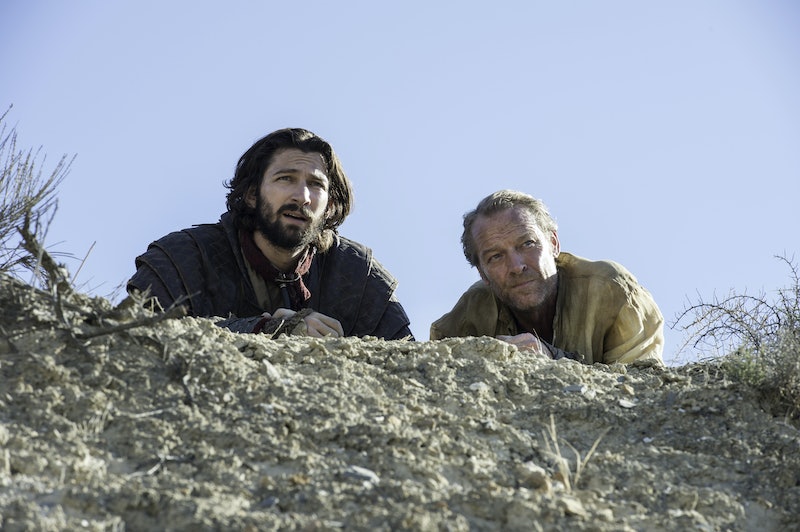 No one's life on Game of Thrones is ever what you would call easy. In fact, most of the time it's downright stressful and that's putting it kind of lightly. However, Jorah has been facing some particularly hard times lately, given that he's quite literally been marked for death thanks to the whole Greyscale problem. But this Sunday's episode could be a turning point for our beloved warrior. Jorah reunited with Daenerys on Game of Thrones and while their former reunions haven't exactly gone very well, this one left them on much better terms. Because not only does Dany appear to have finally forgiven him, she also wants Jorah to cure his Greyscale and then return to her side. But is that something that can actually be done?

We don't know a lot about greyscale, but what we do know isn't very good. Granted, there have been cases where Greyscale has been successfully treated and even stopped from spreading further. However, most of those cases have been with children, like Shireen. For adults, it's pretty much a death sentence that ends with the infected party turning to stone, which doesn't bode well for Jorah's odds.

That being said, there is a chance that the spread can be stopped, but that can only be done if you cut off the limb that's been afflicted by the Greyscale. But even then, though, it's no guarantee. So either Jorah is eventually going to end up losing an arm or he's going to manage to track down some mystical potion that will help to halt his symptoms. (Maybe Kinvara could help him out if he returns to Meereen.)

Either way, if anyone can figure out how to get out of this situation, it's Jorah. He has yet to fail in giving Dany anything that she demands. And now that he has the guarantee of returning to her side afterward, I'd say that's all the incentive he needs to get the job done.