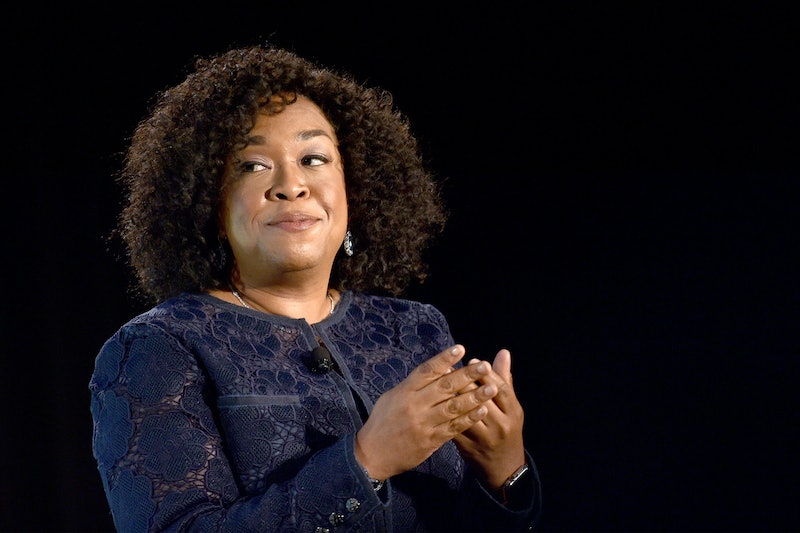 When the Season 12 finale aired last Thursday, few fans thought that it would be the last time we’d see Callie Torres on Grey's Anatomy. Turns out that the fans weren’t the only ones surprised by Sara Ramirez saying she was leaving the series following the finale ­— Grey’s Anatomy showrunner Shonda Rhimes only found out about Ramirez’s desire to take a break from Grey’s Anatomy a few days before the rest of us did.

Speaking to Stacey Wilson Hunt at New York Magazine’s Vulture Festival in New York City, Rhimes said of Ramirez’s departure, “It wasn’t a big planned thing. I had a different plan going ... and when Sara came in and said, ‘I really need to take this break,’ I was sort of lucky that we had shot the end of the season with her going to New York.”

The truth of the matter is that shooting a network television show — especially one that does about 24 episodes a season — requires a crazy, grueling schedule. Ramirez announced her departure to the public via Instagram and Twitter on May 20, and her statement sounded simply like she needed a vacation after playing the same character for 10 (yes, she started in Season 2), years.

Rhimes echoed this statement at the Vulture Festival.

The number of shows that have gone for four [or more] seasons is like… under 50, I think it is. The number of dramas. We’re heading into Season 13. The idea that [Sandra Oh, who played Cristina] did it for 10 seasons and then was ready to go was amazing. I kept waiting — Season 6, Season 7, Season 8 — I would ask her, “Are you good? Are you good?” because I know what that is for an actor. You grow and you change and you go a lot of things, but after a while you start to itch to do something new or take a break.

Working for Rhimes must be a plum gig — she seems to be quite the understanding boss. In fact, when Meredith Grey is ready to leave the show, Rhimes says she is too. “[Ellen Pompeo and my] pact with each other is that we will go together.”

But, hopefully for Grey's Anatomy fans, that is still a long ways off.