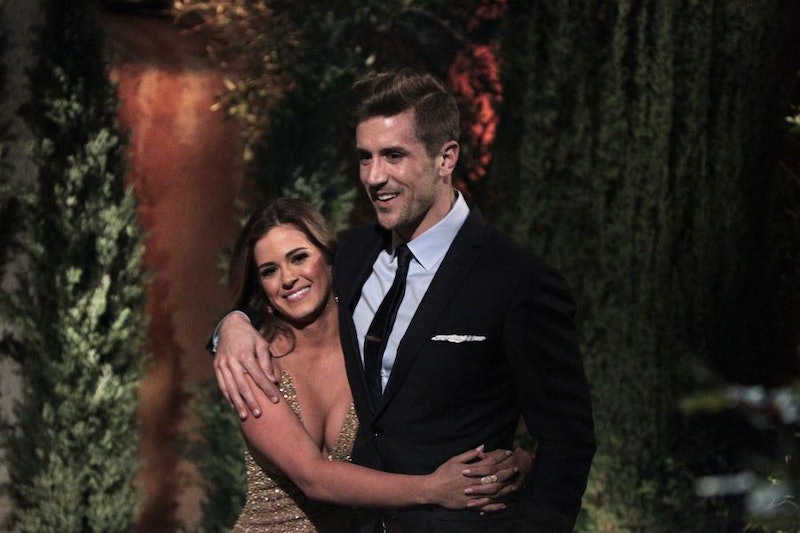 You could tell from the get-go that these two were into each other. Jordan and JoJo are both like, unfairly attractive people, so there was definitely a chemical thing at first, and then when they actually sat down to speak I actually think they had a good conversation. At least, as nice a conversation as you can have with someone when you first meet him or her. And while Will was JoJo’s first kiss on the show, I’m going to go out on a limb and say that Jordan’s is JoJo’s real first kiss as The Bachelorette . I thought I saw sparks coming from my television, so when she pranced over to that rose and handed it to Jordan, I was not at all surprised.

These two seem like a nice match, but one of the problems with first impression roses are that they are based basically on lust and looks. Case in point: JoJo kept watching Jordan as he walked away and commented on his butt. While he does have a nice butt, can one nice tuchus sustain a whole relationship?

JoJo may want to take a bite out of it right now (and who could blame her?), but I hope that she can look beyond her sexual attraction to Jordan and learn more about who he really is. After all, The Bachelorette is forever, not just a one-night first impression rose.