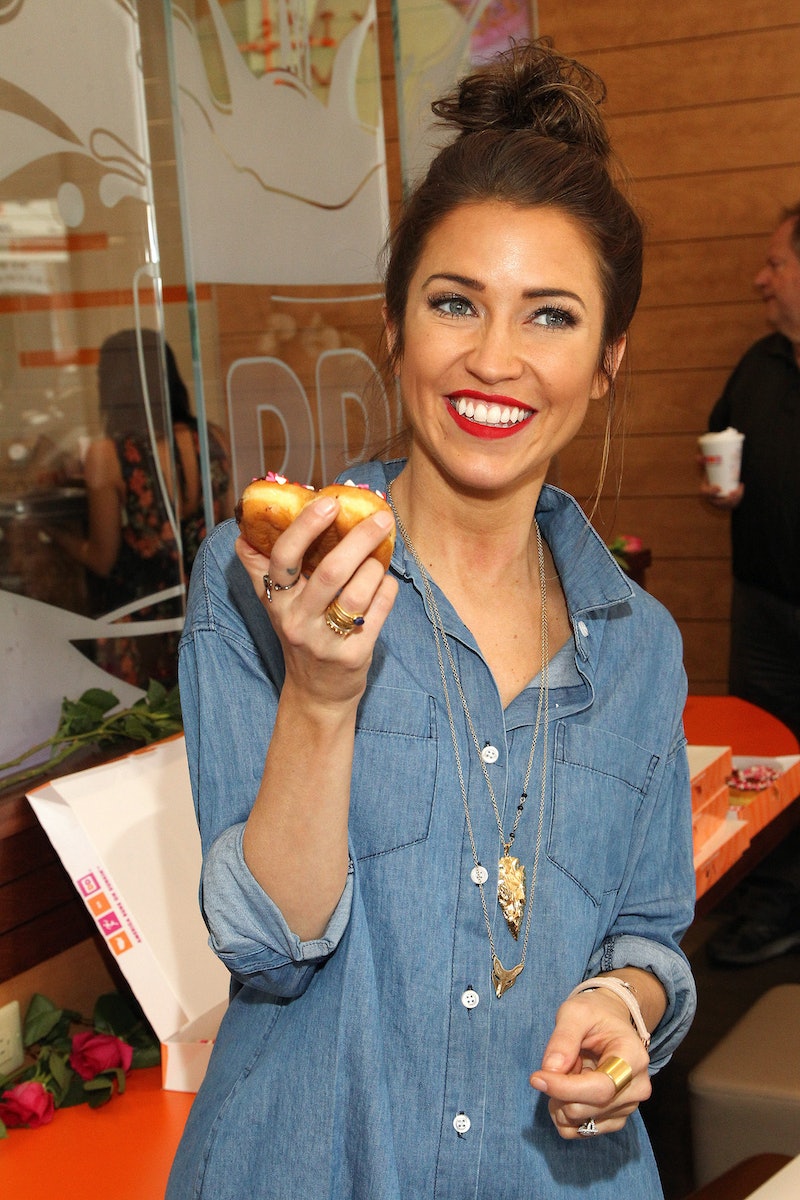 Very soon, JoJo will officially begin her journey to find love on The Bachelorette, and those of us who watched her on The Bachelor are certainly excited to see her be on the other side of the process. (Plus, after her breakup with Bachelor Ben, JoJo totally deserves to have 20+ guys attempting to woo her.) But, JoJo also has some big shoes to fill in terms of Bachelorettes since last season's star was one of the most memorable. So, what is former Bachelorette Kaitlyn Bristowe doing now?

As fans of ABC's reality dating series remember, Bristowe first appeared on Season 19 of The Bachelor vying for the heart of Chris Soules. But, when the relationship didn't work out, she went on to join season 11 of The Bachelorette — although, in a twist manufactured by an especially mischievous producer, Bristowe was one of two Bachelorettes along Britt Nilsson. The men were able to vote for which woman they wished to be the Bachelorette, and Bristowe was the one they chose. Bristowe's season was a roller coaster ride of emotions but she eventually chose early front-runner Shawn Booth as the winner of her season. Now, what has Bristowe been up to since the camera's stop rolling? In two words: A lot.

Bristowe Is Still With Booth

The Bachelorette couple is still engaged, and recently celebrated their one year anniversary. According to People, Bristowe moved from her hometown of Vancouver to Nashville to live with Booth earlier this year, and the two are taking their time with wedding planning.

Bristowe has been keeping up with her blog and giving plenty of tips to her readers, including listing some bachelorette weekend essentials, touting her favorite skincare products, and discussing the best things to do in Vancouver.

Given her background with reality TV, it makes complete sense that Bristowe would talk at TEDxVancouver about her experiences. She was interviewed by Riaz Meghji about her time on The Bachelorette in the video titled "Reality TV? Let’s call it manufactured television."

Of course, once you're a member of Bachelor Nation, you're in for life. As such, according to ABC, Bristowe and Booth attended the wedding of one of her former suitors, Tanner Tolbert, and Jade Roper — who met on Bachelor in Paradise Season 2. It's always cool to see how tight-knit Bachelor Nation can be.

Apparently, one of the perks of living in Nashville is getting to sing onstage with people like country music singer Jana Kramer. That's got to take the sting out of leaving Vancouver at least a little bit!

Both Bristowe and Booth spent some time visiting patients at the Monroe Carell Jr. Children’s Hospital in the Vanderbilt University Medical Center in Nashville as part of the Ryan Seacrest Foundation.

Everyone loves brunch, and Bristowe isn't immune to this particular meal's charm. However, it seems Booth may not be the best brunch buddy.

Gone on Some Cute Dates

Romance shouldn't end as soon as the cameras stop rolling on The Bachelorette, and it seems Booth has continued to take Bristowe on some exceptionally cute dates. For instance, Booth took her to an art studio for some drinking and painting — and a surprise appearance by Canaan Smith. Now that is a Bachelorette-worthy date. (Seriously, did Chris Harrison lend a hand?)

One of her more recent ventures, Bristowe launched a line with Chelcey Tate, the Louisville-based life and style blogger/designer. The prints, apparel, and drink ware feature sayings that are right in line with Bristowe's sassy attitude, of course!

So, although Bristowe may not be capturing the hearts of America on The Bachelorette anymore, she's certainly living a full life. Seriously, thinking about everything Bristowe has done lately makes me want to take a nap — at least until the new season of The Bachelorette!