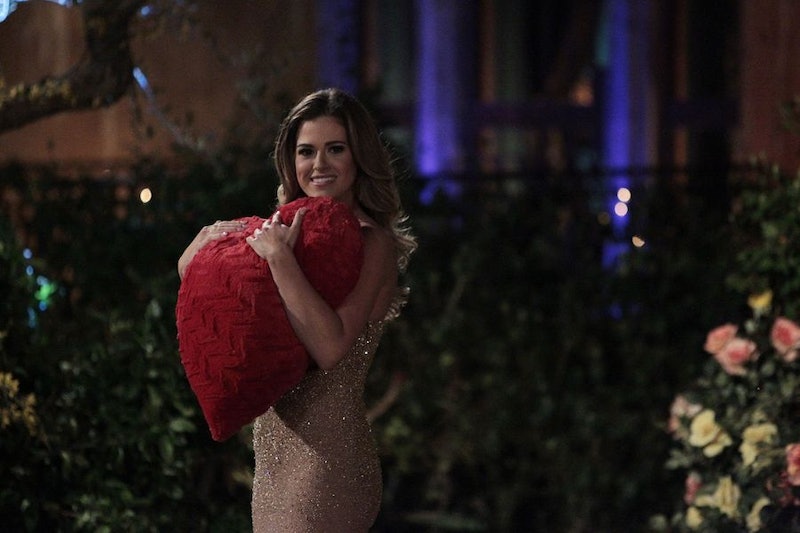 Faith plays an important role in any relationship, as two people who aren't on the same page regarding their religions may not be able to go the distance. So, what is Bachelorette JoJo Fletcher's faith and do any of her contestants share it? Ben's season of The Bachelor was very clear about his religion being important to him. He even had a bible quote tattoo. So, if JoJo made it as far as she did, she and Ben likely shared similar values. And, indeed, it seems as though JoJo's religion is important to her based on her social media presence.

While JoJo has expressed the influence of her faith on her life, her season is likely going to be a very different scenario than on The Bachelor, where Ben Higgins' religion was apparent in nearly every aspect of his life. Ben's constant referencing of his faith was not matched by JoJo on the show despite the fact that they seem to both be religious. It's unlikely that JoJo will be reciting out-of-place Bible verses at rose ceremonies or showcasing any religious tattoos, but I'm sure she will be living her life on the show in a way that still reflects her values. Here are just a few ways that JoJo shares her faith with the world.

When Jojo uses Bible verses for her life, she uses them as a source of inspiration and hope for herself and others. 1 Corinthians 15:33 encourages others to "not be misled. Bad company corrupts good character." Since she'll be placed in a house with multiple strangers, expect JoJo to get rid of anyone she deems bad company early and often.

When asked in her ABC bio which three people, alive or dead, JoJo would go to dinner with she answered, "My grandfather who has passed, Ellen DeGeneres, and Jesus."

While many people have their own specific definitions of religion, the overarching message of the Bible and the Church is often to promote love. Both love of others, and love of self. JoJo encourages others to "have faith that there is good left in the world despite every hardship you've encountered," and uses her faith as a guide to her choices in life. JoJo doesn't need to remind everyone that she believes in God every minute of the show, all she has to do is live a life that follows her faith's ideals.

Everyone has their own personal journey with religion (or lack thereof). It seems that faith has had a positive influence on JoJo's life, and will hopefully help her find a partner on The Bachelorette that suits her religious beliefs and the morals she has taken from its teachings.