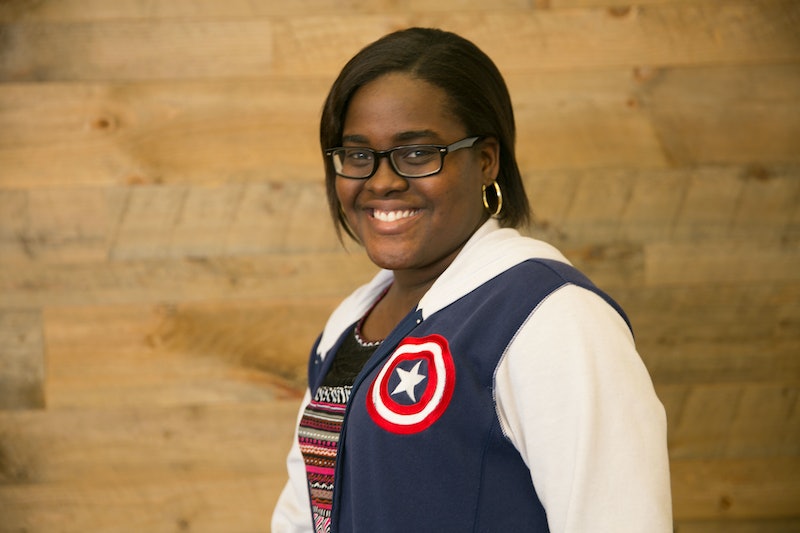 My name is Kadeen Griffiths, and I am a nerd. I'm not really sure what the litmus test for nerd-dom is, but the fact of the matter is I'm more likely to be watching an anime than to be watching any Kardashian franchise. Comic-Con is like a haven for people like me to enjoy what they love most without judgment... or, rather, it should be. And, most of the time, it is. I've never had a completely terrible Comic-Con experience. In fact, most of the people that I met were incredibly respectful. But that doesn't change the fact that I've also heard some sexist things at Comic-Con that I feel the need to call out.

Fanboys get a bad wrap for being misogynists, and while there are comments from fanboys throughout this list, I've also heard some of these things from female fans as well. The fact of the matter is, sexism and internalized sexism have no gender, and sometimes you don't even realize you're being a sexist until it's too late. Many of the people who flock to Comic-Con are there for the same reason: it's full of things that we love, be that superheroes or manga or books or video games or an actual replica of a samurai sword. Bringing down even one fan brings down the experience of all the fans, because this is supposed to be a welcoming community where we can like our niche interests without being judged.

And yet sometimes, the judging happens anyway. Case and point: these are 13 misogynistic things I've heard at Comic-Con.

As I heard two guys whispering to each other as they watched a group of cosplaying fans pass, it's impossible to dress as your favorite character unless you look exactly like them already. If you're a woman, you can forget about dressing like Captain America or Squall Leonhart. Stick to your lady costumes, women, and leave the male characters to the men. Um, how about no?

This is a seemingly innocent question I overheard in line for a panel, and it's actually a super sexist one. The implication is that the woman in question must have come with the man in their life, because there's no way she'd be there by her own volition. Obviously, there must be a man around who likes comics, and she's just trying to be the Cool Girl type of girlfriend to put up with this for an afternoon. Clearly.

3. “You Just Like [Insert Male Character Name] Because They’re Hot.”

OK, this one isn't just exclusive to Comic-Con. I can't tell you how many times I've been told that my interest in Captain America comics is just because I find Steve Rogers or Bucky Barnes super attractive. I mean, even if it were here to enjoy the presence of an attractive superhero, it's not like men do that when reading comics at all. Oh wait.

4. “Did You Actually Read The Comics?”

This battle cry to root out the Fake Fans from the Real Fans really caught fire around the time Iron Man was becoming a thing, and can still be heard on occasion in forums and at Comic-Con fan signings to this day. I'm offended by the implication that I need to have read every comic since the dawn of comics in order to be a superhero fan, but not as offended as I am by the fact that I need to defend my enjoyment of something at all.

5. “They Should Reserve Spots At Panels For The Real Fans.”

Once upon a time, when I was a junior in college, there was a panel with limited reserved space. You had to wait on line outside to get in, and eventually they closed the line because the room was at capacity. And someone was very upset when someone didn't get into said panel. Let's just say someone wasn't enough of a fan to show up early, but was enough of a fan to declare, under their breath, that they were more worthy of their spot than I was.

6. “You’re Too Black/Ugly/Tall/Short/Fat/Skinny To Be That Character.”

No joke, someone did tell me once that I was too black to be Sailor Moon, possibly as a racist knee-jerk reaction to the fact that I had tripped over them sitting on the floor near the ATMs. I honestly don't know if men get this as often as women do, but, as I said under my first point, if you don't look exactly like a character, then you apparently aren't allowed to dress like them. It makes sense, because in a world where teenagers are awakened to magical powers by talking cats with crescent moons on their foreheads, a black girl dressed like one of them is the part that's hard to believe. Flawless logic, really.

Apparently, if you are a woman at Comic-Con — and especially if you are dressed up — then you're definitely trying to impress someone. This someone is probably male, and probably the real reason you're even at Comic-Con. Of course, the fact that the person talking to you is probably dressed from head-to-toe in an exact replica of the original Red Ranger costume doesn't mean they're trying to impress anyone themselves. Not at all.

There were years when I didn't have the time or the money required to put together a whole outfit, and thus I ended up going to Comic-Con in my regular clothes. This is a no-no from the Comic-Con fashion police while I was waiting in line for the doors to open, as it was a sign that I was just not that into this whole thing. Then, I got old enough to at least look like I might be attending Comic-Con for work, and these comments went away.

On the other end of the spectrum, if you don't put enough effort into your costume, then people ask you why you even bothered to come at all. All I have to say here is to be careful who you choose to share your lunch with in the food court, because some people just don't know how to make good conversation.

10. “You Only Like That Character Because They’re The Only Girl.”

If you want to dress like Wonder Woman, beware because you will hear this question from the guys who aren't trying to hit on you. First of all, I'm so sorry that I don't have a multitude of women on this show or in this movie to choose from when picking a favorite character for something other than their mighty vagina. Second of all, so? Third of all, what about your costume? Do you only like that character because he's a dude?

Comic-Con has celebrities. My go-to, New York Comic-Con doesn't have, you know, as many as San Diego Comic-Con, but they have enough that they are certainly a big draw in and of themselves. But, apparently, coming to Comic-Con to see the celebrities is a lady-only thing. Because women are fake fans, you know. Sure, Jared Padalecki being on the Friday the 13th panel was a huge motivating factor in me going to NYCC 2009, but he wasn't the only one.

I've said it before and I'll say it again: I don't care how I'm dressed at Comic-Con, I did not come here for you to hit on me. And I don't care if our characters are together in the book or the movie or the show or the anime or the comic. That doesn't mean we're getting together. Boy, bye.

Full disclosure: I heard another woman say this, about a girl who was dressed like Black Widow. And that's... not very encouraging. I mean, what is this, Mean Girls? How about we chill and just enjoy this joyous, nerdy occasion?

There are loads of reasons why people come to Comic-Con, and, honestly, it's not just about the fandoms. However, it should always be about the love. Leave the sexism at the door, and let's all geek out together, mmkay?