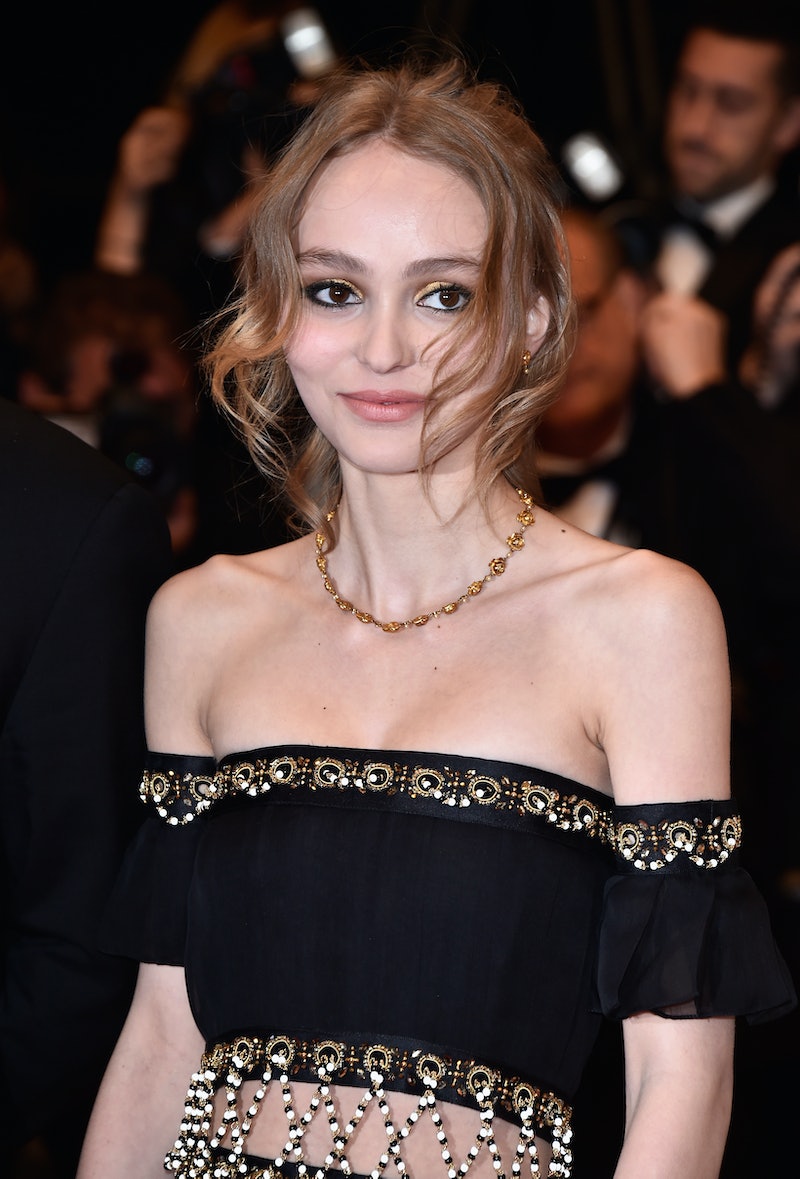 Like it or not, celebrity offspring are taking over the fashion world. From Kendall Jenner, to the Hadid sisters, to Brooklyn Beckham, there are more next-generation style stars than ever before because of social media. One celeb spawn whose star is quickly rising is Lily-Rose Depp — the new face of Chanel No. 5. The daughter of Johnny Depp and Vanessa Paradis was announced as the spokesperson for Chanel No. 5 L'eau fragrance, adding a new milestone to her burgeoning career.

Getting chosen as the muse for such an iconic brand as Chanel means that Depp is making her own mark in the industry at such a young age. She's already captured the attention of Hollywood with her acting, including four films coming out this year. The combination of her fashion and film projects is setting up a nice path for the 16-year-old, but it's Depp's free-thinking spirit that makes her a star. In an interview with Nylon earlier this year, Depp cleared up the misconception that she had come out as queer in an Instagram post.

Chanel described Depp as "the Rose of all Roses," but it's her fierce style that's making her a style icon in the making. Here are recent examples of how Depp's taking over the fashion world.

She made her Cannes debut in a Chanel hoodie that redefined French chic.

Depp also made her Met Gala Debut earlier this month in a white Chanel gown paired with a bolero jacket.

With mom Vanessa Paradis by her side, Depp is already a front row veteran at Paris Fashion Week.

I can't wait to see what Depp and Chanel No. 5 have in store for us. Whatever the campaign, it's sure to be beautiful.