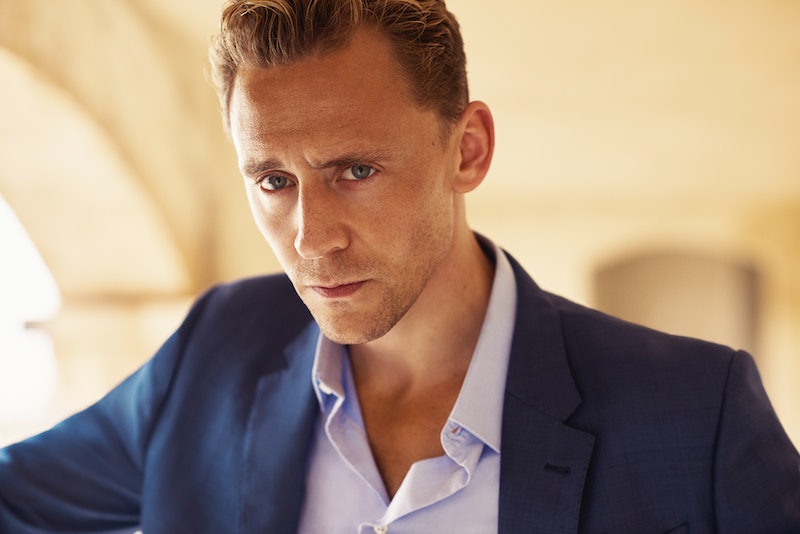 If you already loved Hiddleston before The Night Manager, his sexy handling of the genuine, yet manipulative Pine was unsurprising. Not only is Hiddleston an excellent actor, but he's got panache — a trait essential to playing Bond, James Bond. One moment he could be making you swoon with his gaze and the next he could be beating someone to death. Bond also always has worthy adversaries and Hiddleston most definitely had one in Hugh Laurie's arms dealer Richard Roper and The Night Manager showed Hiddleston can easily handle a showdown with some nasty villains.

Although the miniseries is over (there are talks of a Night Manager Season 2), here are eight ways that Hiddleston proved in The Night Manager that he's totally ready to take on the role of James Bond — because his fans are definitely ready for him to do so.

He Was A World Traveler

In the six-part miniseries, Jonathan was a globe-trotter, hanging in Egypt, Switzerland, England, Spain, and Turkey. It's essential for a Bond to be able to navigate many countries while looking dapper AF — and Hiddleston proved he is more than up to the task.

Jonathan didn't get the opportunity to drive around in an Aston Martin like Bond, but when he was working on building his cover in the English countryside he did get to look badass on a motorcycle. Mastering different forms of vehicles is essential when being James Bond and Hiddleston got a little practice in The Night Manager.

His Interactions With Angela Burr

Burr was originally a man in John le Carré's book, but the miniseries made the great change of making the character a woman — and a pregnant one at that. I particularly loved the side of Jonathan viewers saw when he interacted with Angela, which I'd say was his most genuine self. These interactions between Pine and Burr were reminiscent of Bond and his boss M, another character that has traditionally been a man, but was memorably played by Judi Dench in recent years.

He Could Handle Taking A Punch

If you're going to be James Bond, you're going to get beat up. Although it took him a long time to heal, Jonathan recovered from his faux kitchen fight in Spain (that turned very real) and came out of it looking better than ever. Hiddleston's fighting skills in The Night Manager would come in particularly handy for James Bond.

Pine had a way of wooing everyone he interacted with — just like Bond. He slept with Sophie, Marilyn, and Jed in the six episodes and not only that, but Corky was also sexually aroused by him. Dickie himself was possibly blinded by the gorgeousness that is Tom Hiddleston since he called Jonathan "beauty" when he discovered how thoroughly duped he had been by him. Oozing sex and confidence is part of the job description for Bond, and Hiddleston did just that.

He Proved He Could Kill

You gotta get your hands dirty if you become James Bond and with his soldier background, Jonathan was unafraid of beating people up. While he started the miniseries working at hotels, by the end of the series, he more than showed he could hold his own in the spy game, especially when he killed both Corky and Freddie Hamid — the latter which was really more for revenge than anything else. No one ever said that Bond didn't have a dark side.

He Took Down Roper

Perhaps I was underestimating Hiddleston, but I was quite concerned for Pine's well-being toward the final act of The Night Manager — after all, Roper had figured out he had been betraying him. Yet, Jonathan ended up having the upper hand and the series miraculously had a happy ending for Hiddleston fans. James Bond nearly always comes out on top and Hiddleston showed he can outsmart the best of them.

Regardless if he was in his finest clothes at a hotel or restlessly trying to sleep naked in bed, the biggest selling point for many Hiddleston to become the next Bond is how amazing he looked throughout the entire series. He wouldn't be the most buff James Bond that ever existed, but I think you'd be hard-pressed to find anyone who watched The Night Manager and couldn't imagine Hiddleston in a tux ordering a martini "shaken, not stirred."