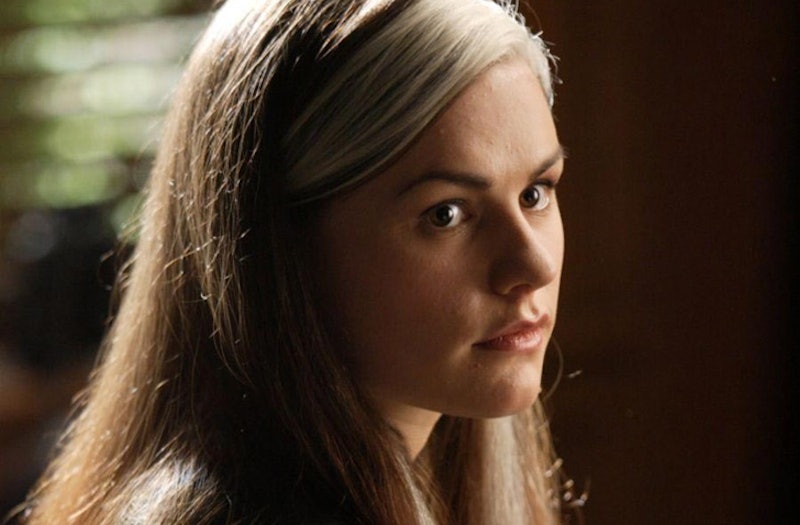 The newest installment in the X-Men movie series, X-Men: Apocalypse , is notable for a number of reasons. For one, the film introduces a lot of fan-favorites from the comics who have never had a proper introduction on screen before. Characters like Psylocke, Jubilee, Apocalypse, and the Archangel incarnation of Warren Worthington III are all essentially appearing for the first time. But the film is also making waves for bringing back younger versions of characters who have a long history in the movies; like Storm, Jean Grey, and Cyclops. So given that, what are the odds that Rogue is in X-Men: Apocalypse ?

Sorry, Rogue fans, but the angsty X-Man does not appear in X-Men: Apocalypse. Although she was a main character in the original X-Men trilogy, and had a cameo in the most recent X-Men film, Days of Future Past, Rogue is absent from the new film. But really, that's not too surprising given the timeline. The first X-Men film was released in 2000, and took place around that time. In it, Rogue comes to the X-Men for help in controlling her life force-stealing mutant ability. She's a teenager at this time, and it also marks her first ever encounter with Professor X and his merry band of mutants.

X-Men: Apocalypse, by contrast, takes place in 1983. Therefore, since Rogue is a teenager in X-Men, she would have been an infant or a toddler at the time of the events of Apocalypse. Her powers would not have developed yet, so she'd just be a regular little kid with a thick southern accent. So although it sort of makes sense for the new film to introduce teenage versions of the X-Men who were adults in 2000's X-Men (Storm, Jean Grey, Cyclops), introducing a non-powered, baby Rogue wouldn't be of much interest to anyone. So where does that leave Rogue's future with the franchise?

As of right now, it's up in the air. Apocalypse director Bryan Singer, who also helmed the first two X-Men films along with Days of Future Past, recently told Adam Chitwood of Collider that the last film re-set the timeline, meaning that the events of the original X-Men movies aren't necessarily canon anymore. That means that Rogue could hypothetically show up in an entirely different way than she did before, and a lot of fans are hoping that the new Rogue will be more in line with the Rogue of the comics. That Rogue is a powerhouse, thanks to her permanently stealing the character Ms. Marvel's powers. She can fly and is super strong and durable, which combined with her power-stealing ability, make her one of the best X-Men to have around in a fight.

One person who would like to see this more active version of Rogue show up on screen is Anna Paquin, who has portrayed the character in all four of her film appearances. On April 18 of last year, as uncovered by Jeff Carter of Screen Rant, a fan on Twitter asked Paquin if she would like to play Rogue again, and the actor responded, "If I get to fly, absolutely." She was then asked if that meant she wouldn't like to play the character again, but Paquin clarified that she wants to play the Rogue of the comics, tweeting, "I'm saying that comic book Rogue gets to fly and I never did. I want to be badass Rogue not shy teen Rogue."

Yes to this. I also want badass Rogue and not shy teen Rogue, so here's hoping that a future X-Men movie will give Rogue the spotlight she deserves.