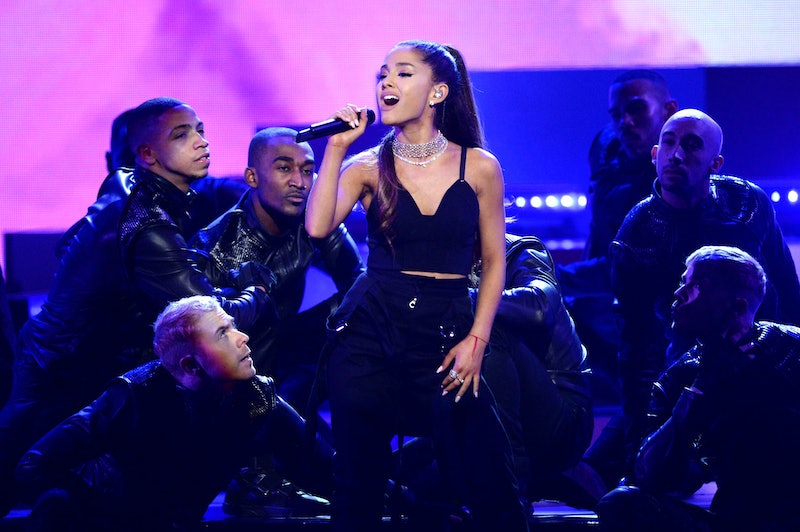 You guys, music history was just made. Christina Aguilera and Ariana Grande teamed up for a duet on The Voice Season 10 and it was just as crazy amazing as it sounds. I mean, Grande is the Aguilera of her time, isn't she? It only makes sense that the two would work together. The divas brought their powerhouse voices to Grande's hit "Dangerous Woman" and it was dangerously good. Aguilera and Grande were the pop star pairing of the year and I'm so glad I was able to witness their performance as it happened.

This duet was basically guaranteed to be a killer from the start. These women have some of the greatest voices of their time and they came together perfectly. Instead of competing for the top note, Aguilera and Grande shared the stage. They built on each other and allowed the other to have her moments. The two were able to create a blend that made "Dangerous Woman" even better than it already was—which I didn't even think was possible.

After that performance, all I'm asking for is more. Can Aguilera and Grande make this duet a regular thing? I would download their version of "Dangerous Woman" in a heartbeat. What would be even better, though, is a new collab between the pop powerhouses. It could be an old school meets new school medley filled with crazy riffs and notes only dogs can hear. If I could write music, I would produce this myself. But since the last song I wrote was in kindergarten, I'll leave this one to the professionals. Music gods, if you're out there, please make this happen. The world would be a much better place if there were more Aguilera/Grande duets in it.