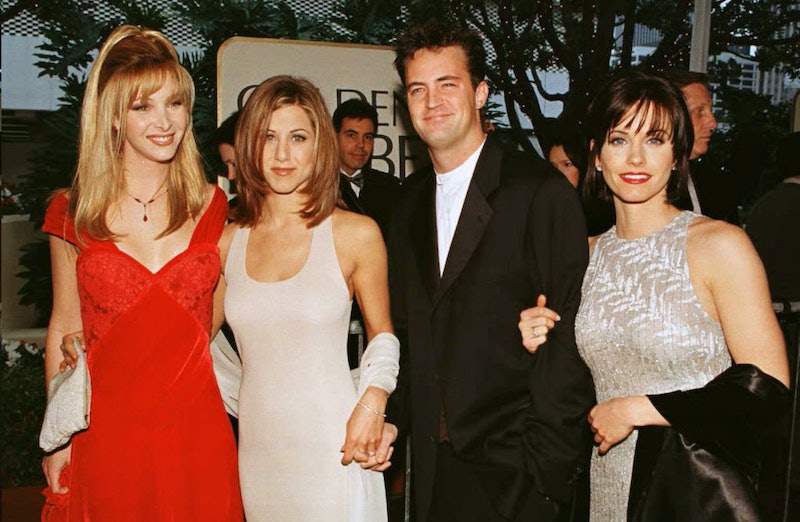 Given that older Millennials are for the most part '90s kids and the '90s are in the midst of a nostalgic heyday, it's hard to imagine there is anything that evades our collective memory these days. But as I learned recently when a friend referenced the irony of Julia Roberts' 1999 movie Runaway Bride — more on that in a minute — there are plenty of cultural references older Millennials have forgotten about. Until now, that is. Because while it's all well and good to wax poetic about wearing overalls and listening to Spice Girls, there are many other things we could revisit while we're at it.

After all, we'll have to widen the scope of our nostalgia at some point, right? Older Millennials, or those of us born in the '80s (and very early '90s, depending on who you ask), came of age during a time chock full of fantastic cultural milieu. As such, it continues to be glorified by rebooting, revamping, relaunching, and/or visiting everything from fashion fads to iconic TV shows. However, because the era we grew up in is frequented so often for entertainment fodder, the stuff that sticks out in people's minds the most is visited often. It's high time some of the lesser discussed cultural references get their turn in the spotlight, too — and generationally speaking, they'll mean a lot more to older Millennials than they will to younger ones. Many younger Millennials weren't even alive yet when many of these things happened.

So, in the spirit of casting a wider nostalgic net, here are a few that'll make older Millennials exclaim something along the lines of, "Oh, yeahhhhh — I remember that!"

What could be more '90s than an instructional video for Windows? Well, how about an instructional video for Windows 95 featuring none other than Jennifer Aniston and Matthew Perry? While older Millennials will likely never forget the actors as Rachel and Chandler, this gem of an operating system guide has been relegated to the back of our minds, where it lies collecting proverbial and literal dust alongside an old VHS recording of Bob Ross painting mountains.

Man, they just don't make PSAs like they used to, eh? I'd all but wiped this anti-narcotics campaign from my conscience, even though it was all anyone could talk about when it first aired. In the 30-second clip, a man asks is anyone is having trouble understanding the danger of using drugs. To demonstrate his point, he holds up an egg and says, "This is your brain." Then, motioning to a frying pan, says, "This is drugs." Then he cracks the egg in the pan, fries it up, and delivers that iconic line: "This is your brain on drugs." Adorable actress Rachael Leigh Cook tackled the second PSA in the series a decade later, and it was equally disturbing. It's about time for another installment, eh?

Poor Dolly is hardly mentioned anymore, but remember how big of a deal she once was? C'mon, she was the first mammal successfully cloned — it's surprising that didn't earn her the kind of cred to brand her visage in our brains forever. Dolly died in 2003, but at least she will live on in history books as "the world's most famous sheep." Sure, the mention of her name might make Young Millennials scratch their heads. She definitely gets a spark of recognition from the first half of this generation, though.

For better or worse, we all remember "The Macarena." We remember learning it; we remember doing it; we remember singing the words to the silly song, even. What you may not remember is that this dance craze was so ubiquitous that even politico Colin Powell did it. In public. At a 1996 Democratic event, no less.

5. Julia Roberts As (Not In) The Runaway Bride

Julia Roberts has enjoyed a pretty prolific career in Hollywood, with most people citing Pretty Woman as the moment that made her America's Sweetheart. By the time she starred in Runaway Bride alongside Richard Gere in 1999, that status was solid. However, the movie was in fact a bit of an ironic inside joke alluding to the time in 1991 when she cancelled her wedding to Kiefer Sutherland three days before it was due to happen. Oh well; better to realize you don't actually want to marry someone before you go through with it, right?

6. "Highland Rape" And The Rise Of McQueen

Designer Alexander McQueen was a visionary in the fashion world, and his meteoric rise to sartorial immortality began with a rather controversial runway show. In "Highland Rape," which launched his Fall 1995 collection, models wore tattered plaid clothes with tampon strings attached to their blouses. He said it was meant to symbolize the social "rape" of Scotland by the English. Still, if he was going for shock value, he got it. This show also launched the extreme low-rise fad of the early '00s, as it marked the official debut of the "bumster" — a pant so low you could literally see someone's bum.

7. The Creation Story Behind The Hummer

Considering Hummers didn't leave the large vehicle market until 2010, all Millennials likely remember this massive SUV. Heck, you may even still see now "vintage" models cruising the road. What a backstory, though! Pre-political-career-and-acting-revival, '90s Arnold Schwarzenegger saw a group of military Humvees rolling past the set of Kindergarten Cop and thought they were pretty badass. He then used his celebrity pull to lobby GM to release a consumer version for regular civilians.

George Clooney is still making headlines these days for acting, directing, and marrying Amal Alamuddin. In fact, he's done so many incredibly cool things, one of his first very public acts of social activism has been pushed so far out of the frame it's almost forgotten. It came in 1997 following Princess Diana's death, when he was still considered fiercely private. At a press conference, he ripped the media to shreds for creating the gossip culture that many believe contributed to Diana's death.