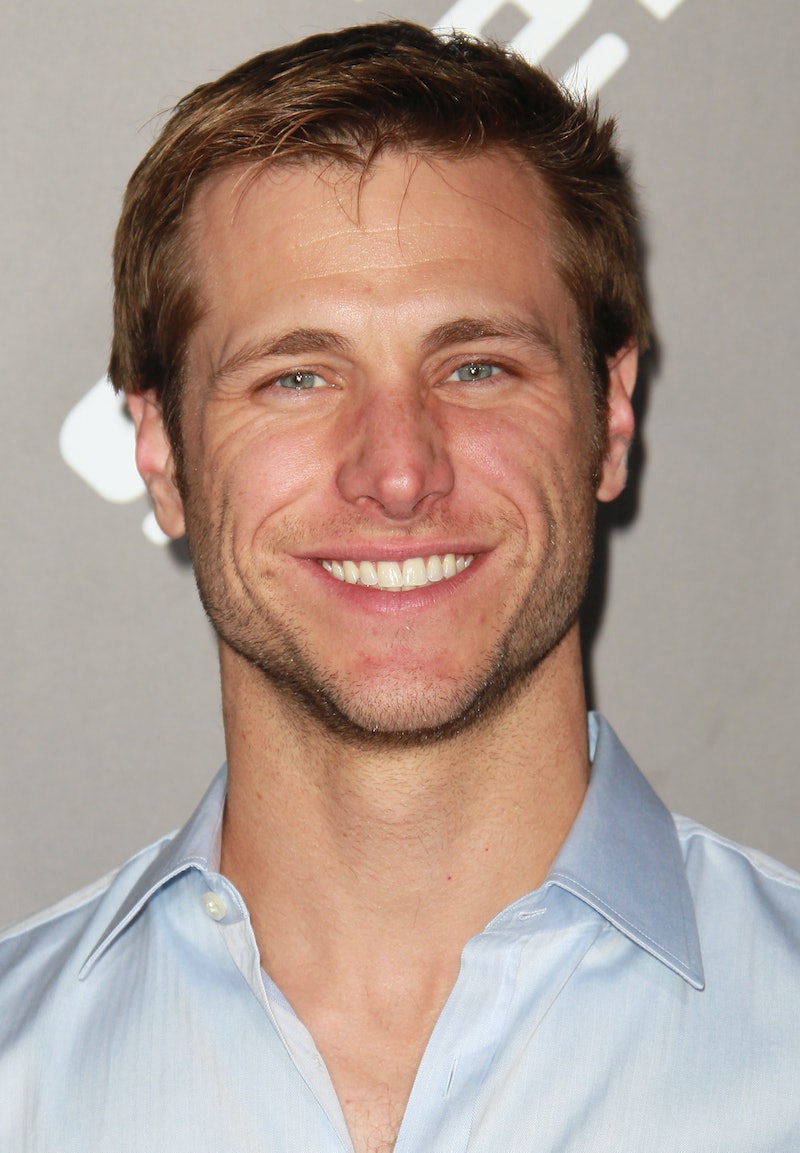 Last Monday night, when former Bachelor star Jake Pavelka appeared on The Bachelorette , I think many people — including all of the contestants — were pretty shocked. Was this another former Bachelor looking to barge into a season not his own to find love? Luckily, that wasn’t the case. Jake is simply an old family friend of JoJo’s (he is friendly with her older brothers), and he was looking to speak to JoJo about what she can expect this season and to give her a little sage advice. Well, okay, he barely gave her advice. It was more of a pep talk akin to something like, “Go find love! Woo!” He already appeared once on this season, but will Jake Pavelka come back to The Bachelorette ?

Even though it didn’t seem like it in the premiere, Jake does have plenty of Bachelor street cred, and plenty of knowledge about how this whole system works. He started his life as an airline pilot (hence why his season of The Bachelor was subtitled On The Wings Of Love), but started reality television as a contestant on Jillian Harris’ season of The Bachelorette. He then got his own season of The Bachelor, chose Vienna Girardi, and watched that explode in spectacular fashion. Then, Jake appeared on Dancing With The Stars and the second season of Bachelor Pad. Ah, if only he had waited for Bachelor In Paradise, I think he really would have cleaned up.

But, that’s neither here nor there. Let’s focus on the now in Bachelorette land. If Jake shows up again, what could he help out JoJo with? I have a few ideas on how he can lend a hand.

Advising That Guy Who Wants To Quit The Show

Sometimes, you know that things just aren’t going to work out between you and the Bachelor/ette. Sometimes, you feel the pull of outside circumstances bringing you back home, and that’s fine. Jake dealt with that during his season of The Bachelor — then-contestant and future Bachelorette Ali Fedotowsky decided to leave the show because she wasn’t sure she was feeling it with Jake, and she had to get back to her high-powered job at Facebook. If this happens (or something similar) to JoJo, Jake can definitely share his Bachelor experience.

Hanging With The Kids Of The Contestants

There are plenty of single parents in Bachelor Nation, and I’m sure we’re going to encounter more than a few in JoJo’s season. Jake did, too, when he was the Bachelor, even bringing contestant Ella’s son to the show because it was Ella’s birthday. Isn’t that nice? On a show where marriage is the end goal, it’s nice to see how you can interact as a family.

Dealing With A Virgin Contestant

There is absolutely nothing wrong with being a virgin. You do what you have to do, you know? But for some reason, every time there is a virgin on The Bachelor or The Bachelorette, people are shocked, as is the Bachelor or Bachelorette his or herself. On Jake’s season, Corrie admitted she was a virgin, and Jake… kind of dealt with it. He actually sent Corrie home that week, but I’m not sure if it was because he was way into the other girls or because she had never had sex. Either way, JoJo could learn how to deal with this particular situation from Jake.

See? If Jake returns to The Bachelorette, he has plenty of opportunities to help JoJo. Make it happen, Chris Harrison!