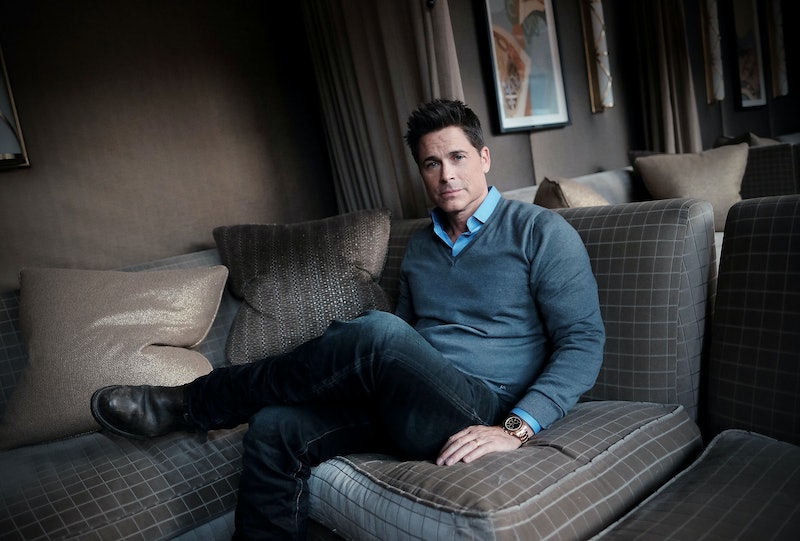 This whole Live with Kelly drama just got a whole lot interesting. After the fallout from the news that Michael Strahan would be leaving Live with Kelly and Michael — rather abruptly — for a hosting gig on Good Morning America, the show that keeps everyone entertained in the morning is honing in on a host to replace the former NFL star. On Wednesday, Entertainment Weekly reported that Strahan’s replacement might be the one and only Rob Lowe. And, no disrespect to Michael Strahan and the amazing legacy he leaves behind on the show, but I honestly can’t think of a better host to take over the co-hosting reigns of Live. Plus Live with Kelly and Rob really has a ring to it.

Really, there are so many reasons why Rob Lowe would be perfect for a gig at that table beside Kelly Ripa. Not only does he have the energy to perfectly match hers, Lowe has some real staying power. You’re talking about an actor who has been making the Hollywood rounds since the early ‘80s. I think the only person who can hold a candle to his incredible career is Ripa herself, who has been the star of daytime — both on soaps and talk shows — since the early ‘90s.

But the other thing that Rob Lowe would bring to Live — aside from his incredible ability to talk circles around just about anyone — is his infamous clout. After all the drama that Ripa faced with the sudden news of Michael Strahan leaving the show, I think she, of all people, deserves a co-host that is going to revive that show’s energy and audience with a little bit of fame and a whole heck of a lot of energy.

Considering the more energetic roles that Lowe has made famous on both Parks and Recreation and The Grinder, he has proven himself over time to be someone who can command the camera and keep the energy high on set. For the energetic and always-on Kelly Ripa, I think Lowe would make an amazing cohost. Now if the alleged “talk” of the star taking over hosting could turn into confirmed news, I’d be as happy as a clam.