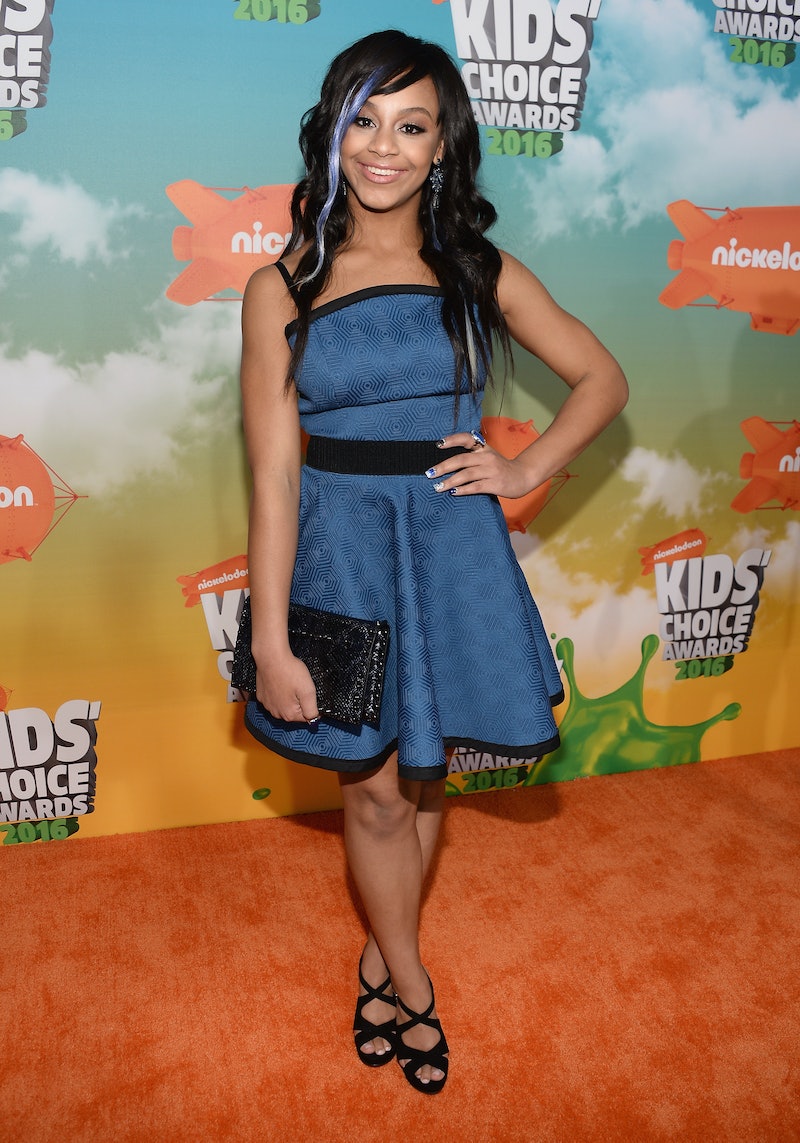 Dance Moms' Nia Sioux Frazier has been busier than ever. The 14-year-old dancer and singer is also acting as well, and she's having a blast. Nia Sioux is currently filming a movie in addition to Dance Moms , she tells Bustle on the red carpet at JoJo Siwa's 13th Birthday party at Madame Tussad's wax museum in Los Angeles. While she can't say which movie and what her role is yet, Frazier expresses her excitement about being on set soon. "Filming right now is really fun, but I'm also doing a ton of other things, like voice lessons, which I love doing almost every week," she says. "I have acting lessons every single week." And, Nia is still friends with Dance Moms stars like Maddie Ziegler, no matter how busy they get.

And that's all in addition to Dance Moms, which Frazier has been having a lot of fun with at Abby Lee Dance Company. "We're learning new dance routines," she says. "I love that we're getting to play some characters." Frazier has been training at the Abby Lee Dance Company since she was very young and she released several singles last year, including the song and music video for "Star In Your Own Life" and "Slay." Frazier has accomplished so much at only 14 years old and she's just getting started. Plus, she's already got a handle on balancing being a multi-hyphenate — Frazier tells Bustle that even though dancing, singing, and acting may seem different, all three types of performing have some similarities. "It's actually not that hard, because you're acting while you're dancing, so it helps to be a dancer because you can bring that to acting and those emotions into words," she says.

Athough Frazier is super busy, she still makes time for her friends, including all her fellow Dance Moms dancers. The teens still keep in touch 24/7, she says. "We text each other every single day," Frazier says. "Even on our days off we see each other. I mean, today's our day off and we're all here together." And all together, the Dance Moms gals seemed to have a blast at JoJo's birthday bash, which took place on the roof of the wax museum on the iconic Hollywood Boulevard. There were plenty of sweets, treats, and a chocolate fountain from Dylan's Candy Bar, wax figures of famous faces like Brad Pitt and Angelina Jolie, snacks and finger foods, and awesome moves on the dance floor, of course.

In all of that party fun, Frazier and now former Dance Moms cast member Maddie Ziegler found each other in the crowd to take this selfie.

And she also made sure to take a snap with the birthday girl and the whole gang, too.

Maddie and Mackenzie Ziegler may have left Dance Moms, but it looks like these girls still have such a strong bond — on and off the dance floor.