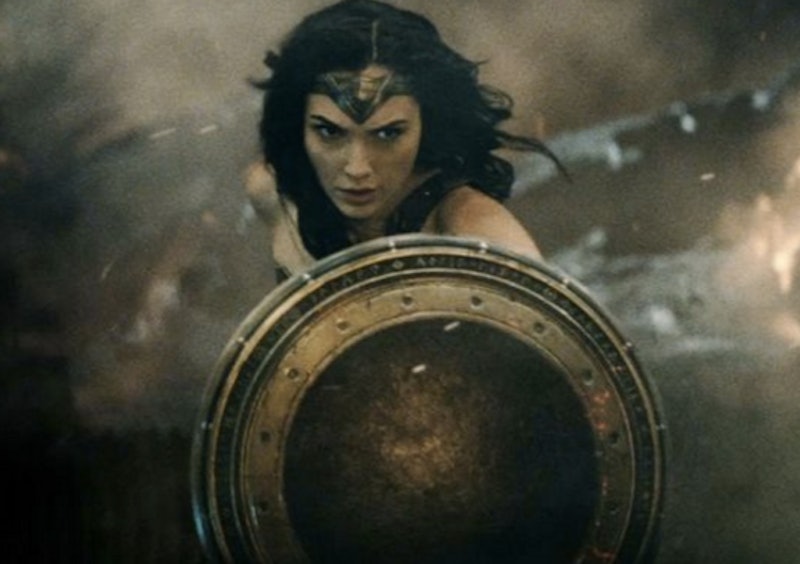 Superhero movies aren't renowned for being fierce and feminist, but it looks like that's about to change. Gal Gadot was easily the best thing about Batman V Superman: Dawn Of Justice, and the more I hear about her forthcoming solo Wonder Woman movie, the more I want to see it immediately. From co-star Chris Pine's excitement about being in a female superhero movie, to the well documented search for a female director by DC Comics, the Wonder Woman movie is an example of feminism in action, and it's about time the comic book gender imbalance was addressed. Wonder Woman is getting the movie she has always deserved, with a budget to match.

In amazing news on Thursday, according to Melissa Silverstein, Wonder Woman is the first female-led superhero movie both to have both a female director and to be a "summer tent pole superhero movie" directed by a woman. This is solid proof that the legendary character is finally getting the film she deserves, and it's promising news for women everywhere who are in desperate need of female role models. Marvel has largely failed to develop its female characters, with Scarlett Johansson's Black Widow being continually relegated to supporting character status, and not yet getting the solo movie she was long ago promised. (And, before anyone starts, I don't care if Black Widow is only a supporting character in the source material; that's not a legitimate excuse.)

Compared to other superhero movies of a similar ilk, the Wonder Woman budget is pretty slim. For instance, Henry Cavill's first outing as Superman in Man Of Steel had a budget of $250 million in 2013. Batman Begins, which marked Christian Bale's first time wearing the suit, had a $150 million budget, all the way back in 2005. Comparatively, Gal Gadot's first solo movie as Wonder Woman has a comparatively tiny budget with its $100 million.

Obviously, it's wildly exciting that we're finally getting a female superhero movie with a female director. DC really does seem to be paying attention to detail when it comes to this movie, and I'm excited about that. It's still sad, though, that in 2016, women have to be grateful, and even a little surprised, that they're getting a female-led superhero movie, with a modest budget. Hopefully, Wonder Woman is the start of a new generation of superhero movies, in which women are given equal opportunity to take center stage in front of, and behind, the camera.

With Patty Jenkins at the helm, and Gal Gadot in the suit, the Wonder Woman movie already looks killer. I can't believe I have to wait a year for it to be released, but I already know it's going to be worth it.

Editor's Note: This article has been updated from its original version. It was incorrectly reporting that Wonder Woman will be the first female-led superhero movie to have a $1000 million budget, but that honor actually goes to Kathryn Bigelow and K-19: The Widowmaker.