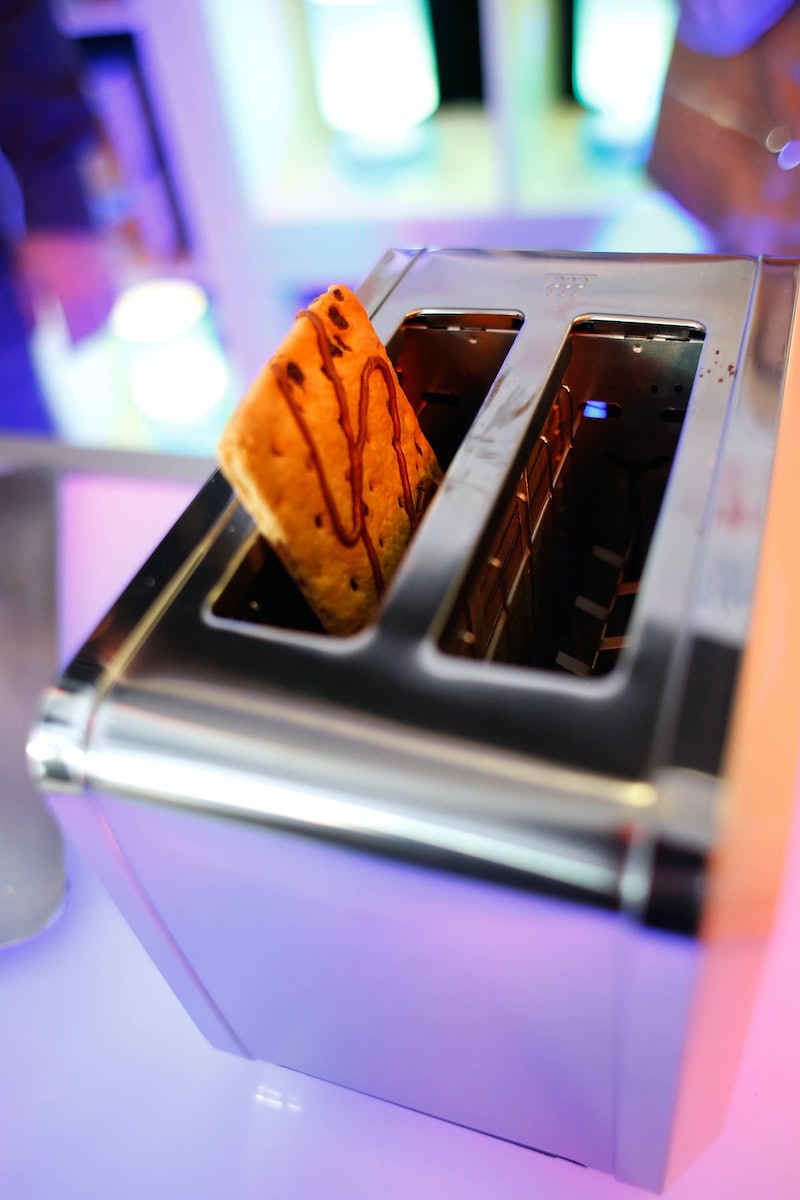 When I was a kid, it was party time whenever my parents left the house. The things we did when our parents weren't home in the '90s would probably have ticked said parental units off, but they were still relatively harmless; we didn't set anything on fire, commit any crimes, or experiment with at-home DIY methods for making our lips bigger (or at least, I didn't. Maybe you did? You do you). While our '90s antics might pale in comparison to today's kids with their newfangled technology and YOLO philosophy, at the time, we thought we were living life on the edge.

Things were especially entertaining in my household, what with two girls, a boy, and a six-year age gap. When we were left alone, we did all kinds of wacky stuff. I remember in particular this one really fun game where my older brother and sister pretended that I was their maid. Good times. Whatever happened, though, there was always that one unspoken rule: Don't tell Mom.

For '90s kids, our childhoods often looked like a cross between Home Alone and Don't Tell Mom the Babysitter's Dead. We might have been little troublemakers every now and then, but we certainly knew how to have fun. There were plenty of things we never wanted our parents to see. Like...

1. Playing With The No-No Toys

Socker Boppers were off-limits unless a parent was around. You couldn't blame them; the toy basically justified beating your siblings up. That didn't stop you from snagging them from their "secret" hiding spot in the garage, though. Game on.

Under Mom and Dad's watchful eye, you were only allowed to listen to B*Witched and sometimes the Backstreet Boys, but even they pushed the line. As soon as the 'rents were out of sight, however, it was Ginuwine's "Pony" all the way.

When Mom and Dad were around, it was America's Funniest Home Videos and Nickelodeon. As soon as they left, you flipped the channel to Real World. Sooooo inappropriate.

You rationalized it as satisfying your daily serving of fruit. Meanwhile, Mom couldn't figure out why you were so hyper when she got home.

Oooooooooh, so not OK! Looking back, though, I have to laugh, because it was innocent outbursts like "THIS IS CRAP" that would leave the room in an astonished hush. I'm not sure I even knew any real swear words then.

Psst! For more nostalgia, along with talk about all things internet, check out our podcast, The Chat Room.

6. Playing Dress-Up In All The Clothes Your Parents Wouldn't Let You Wear

Crop tops and platform heels were iconic of the '90s, but you could parade around the house in them only when the parental units were nowhere to be found.

7. Staying Online Or Talking On The Phone Way Too Much

Those were the days when there was only one line. If Mom tried to call and kept getting a busy tone, there were but two possibilities: You were having a marathon phone call, or you were spending a preposterous amount of time surfing the web. And she was not pleased.

And at the time, you always resorted to classic lines like, "Excuse me, sir. Is your refrigerator running?... Then go get it!" LOLZ.

9. Taking A Million Selfies With A Disposable Camera

Your parents were slightly confused when they developed the roll, which started out with pictures from your aunt's wedding and ended with 15 photos of you showing off your new glitter eyeshadow. Also, bear in mind that this was before the word "selfie" was really a thing, so they didn't even know what to call this strange phenomenon.

10. Driving Your Power Wheels Inside The House

This was one of those things you loved doing just because they always told you no. Suckers!