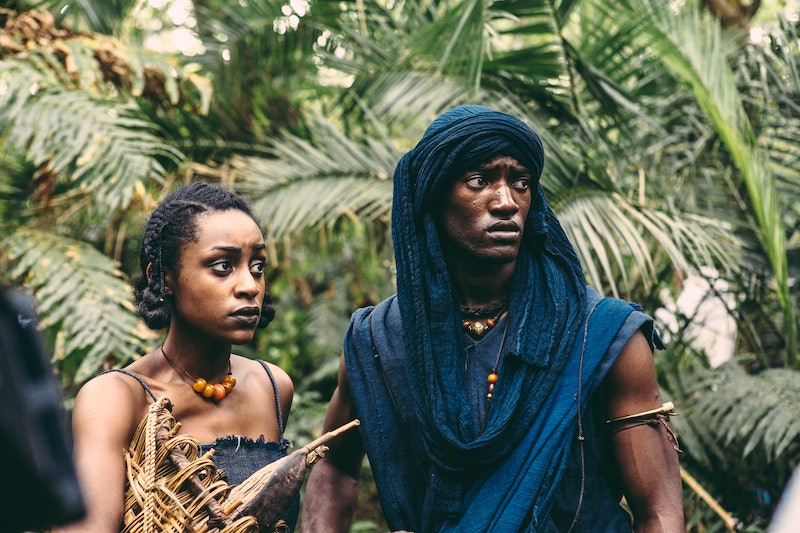 The remake of Roots airing on History is largely similar to the original miniseries from 1977 and some of the changes that have been made actually improved the original story. The best example of this is the addition of Kunta Kinte's childhood crush and would-be wife, Jinna, to the new Roots. She may be primarily defined by her relationships to the male characters, particularly Kinte, but it's still an important point of view, especially when compared to the original miniseries, which didn't really introduce any meaningful female characters in the first episode. Adding Jinna's perspective really strengthened the way the series depicted the horror of slavery.

In Roots' first episode, the male slaves were chained together inside a boat, trapped lying down, unable to move or communicate, which is a horrific image, but one commonly found in depictions of the Middle Passage. Through Jinna's journey, viewers are given a small glimpse of what women went through on this brutal journey. On Roots, some women are forced into performing domestic duties for the crew, while others, like Jinna, are sexually abused. Though it's difficult to watch, it's important to see the full extent of the horrors of slavery, and for audiences to know that women were affected too.

And it wasn't just Jinna's character, either. Kunta's mother also had an expanded role in the new Roots. She, like Kunta's father, was against him moving to Timbuktu to go to school and wanted him to settle down instead. She may not have been a particularly deep character, but her role certainly added to the loss he feels once he loses his family.

The rest of the episode was still focused on Kunta Kinte, but even this small glimpse into what life was like for female slaves along the Middle Passage proves that this new version of Roots is definitely worthwhile.