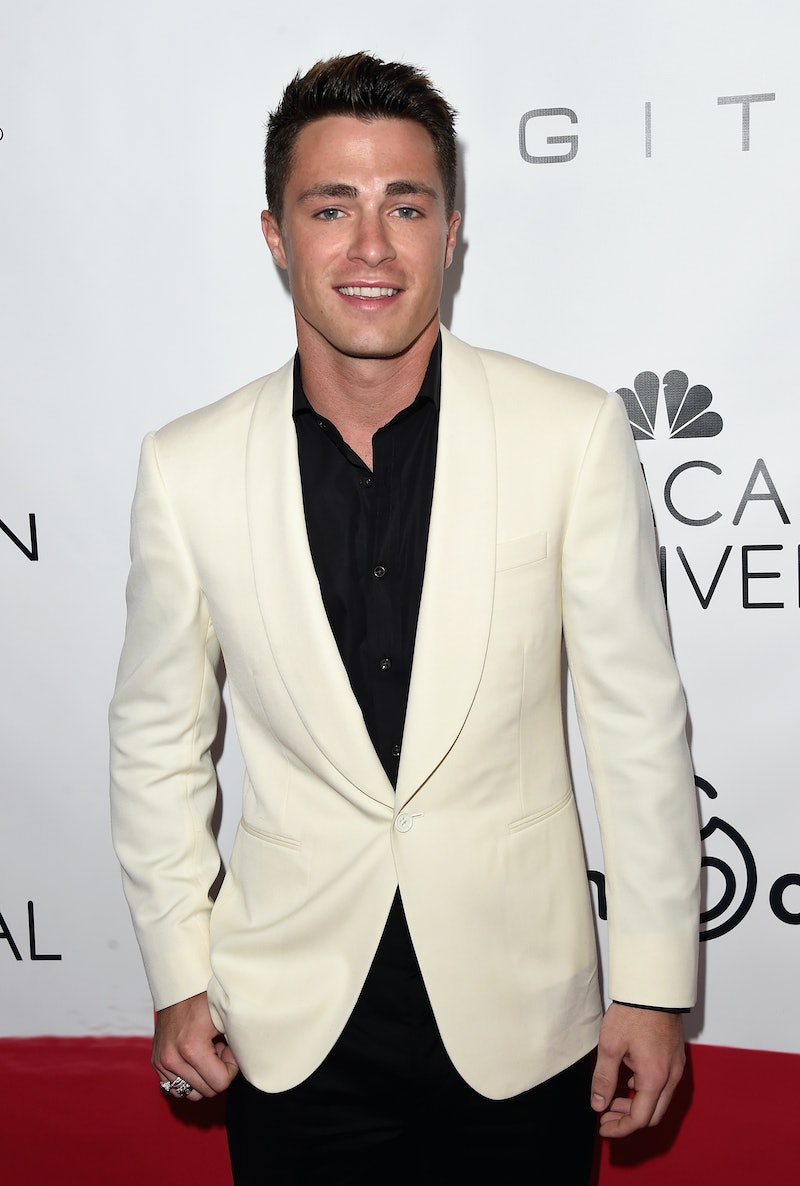 If you're looking for a new celebrity to follow on Snapchat, I have the perfect person, especially if you can't get enough Arrow on The CW. Even though he's not a series regular anymore (bummer, I know), Colton Haynes will always be part of the Arrow-verse, which is proven by all of the fans who continue to follow him, his work, and everything he posts on social media. Regarding the latter, he is pretty much a social media king and uses each platform the right way. Everyone could learn a thing or two from him. That said, if you're not yet following him on Snapchat, you should be. So, what is Colton Haynes' Snapchat name? It is "c0ltonhaynes." That's easy enough to remember, right?

Now, if you're not sure about following him, you definitely should. I know, I know. There are so many famous people on Snapchat, so how do you decide who to follow? It's hard enough keeping up on snaps, and when you follow way too many people, it just becomes a chore. Well, I can say for certain that following Haynes will not be a chore, but definitely something you'll take pleasure in.

And if you need even more convincing, here are a few reasons why you should follow him and what you can expect from his epic snaps.

His Profile Pic Is On Point

He looks both frightened, confused, and relaxed all at once.

He Shows Off His Acting Skills

And to DNCE's "Toothbrush"? Yes.

He Talks About His Family

I admire his mom's commitment to TV and not wanting to miss a show.

He Taught Stephen Amell About It

Thank goodness Amell now has his own account. (FYI, his Snapchat name is "stephenamell".)

His Love For Ariana Grande Is Real

I mean, what's not to love?

He Poses With The Most Adorable Animals

He Uses The Filters The Right Way

Yes, that filter made me want to get a cat, too.

What other reason do you need to follow him? Do it, now.