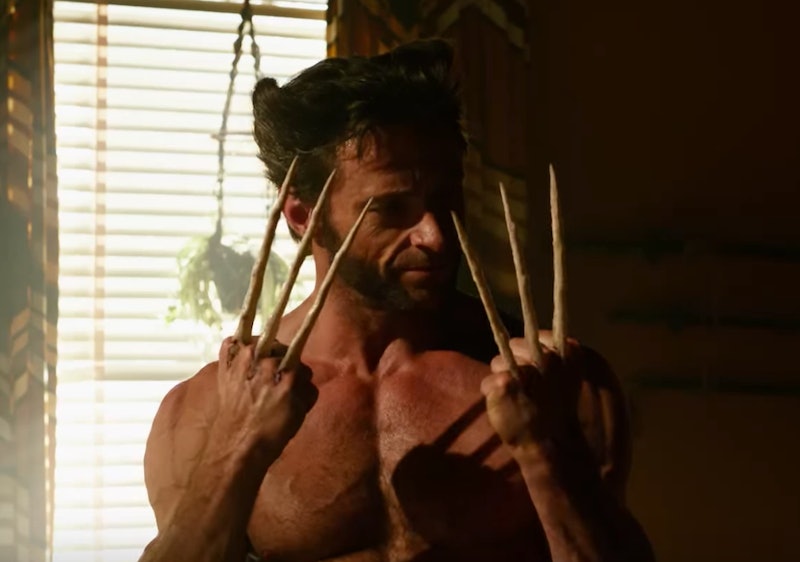 Ever since Wolverine's cameo in X-Men: Apocalypse was teased in a trailer for the film, fans have been dying to find out why and how he pops up. Days of Future Past set up Wolverine as the character that ties the new X-Men reboot to the hugely successful X-Men trilogy of the early 2000s, so it's no surprise that he would pop up in Apocalypse. What is surprising is that Wolverine doesn't appear in Apocalypse — at least not the Wolverine we're used to. Instead, audiences get a glimpse of Weapon X in an electrifying action sequence that takes place midway through the film. So, what is Weapon X and what does it mean for the X-Men going forward?

On a very basic level, Weapon X is essentially the government codename for Wolverine. At least, in Apocalypse, that is how Major Stryker, the soldier who helped Trask kidnap mutants to be experimented on in Days of Future Past, refers to him. In the comics, Weapon X is a secret government program dedicated to try to create super soldiers, or powered humans, to be used as weapons. The program was essentially a giant torture machine whose goal was to create mutants. As seen in Days of Future Past, Weapon X also involved recruiting mutants to experiment on, and potentially weaponize.

It's through Weapon X experiments that Wolverine received his adamantium skeleton (essentially turning his bones into metal). When Weapon X is let loose in Apocalypse, Wolverine has already undergone the procedure and has his deadly adamantium claws. He also appears completely wild, with no memory of who he is or what he is doing. Programed to kill, he kills blindly, taking out all the guards at the military base where he was being kept in Apocalypse. It's unclear how long Wolverine was being held captive by Stryker prior to the events of Apocalypse, but what is clear is that the Weapon X program is in full swing.

A slightly different look at Weapon X was featured in X-Men Origins: Wolverine, which detailed the creation of Wolverine's adamantium skeleton, as well as the experiments that created Sabertooth and Deadpool. Weapon X was also hinted at in Deadpool , though not explicitly mentioned. In the film, Deadpool is turned into a mutant via intense torture, not dissimilar to Wolverine, but there is no specific military involvement, nor is there any mention of Stryker. (There's also the fact that Deadpool appears to take place in the "present," while Apocalypse takes place in the '80s.)

No matter how many changes are made to the timeline or how many origin stories are rewritten, as long as Wolverine is the star of the X-Men franchise, then Weapon X is always crucial.