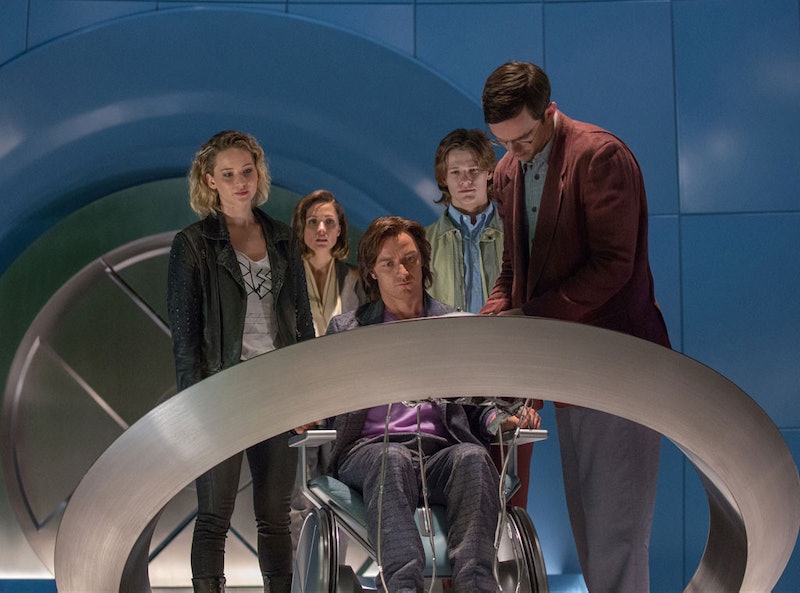 Despite all the headlines the Marvel Cinematic Universe grabs, the X-Men film series is the longest continually running superhero movie franchise that has yet to undergo a full reboot. Sure, there have been several time hops and bunches of continuity errors, but everything that has happened has, more or less, taken place within in the same universe. But does the arrival of X-Men: Apocalypse, the title of which has a serious air of finality to it, signal the end of the current X-Men franchise? Will there be another X-Men movie?

Director Bryan Singer, who started the franchise with X-Men and X2 , and then returned for X-Men: Days of Future Past and X-Men: Apocalypse, previously stated that Apocalypse acts as the end of the X-Men franchise as fans know it. Singer recently told Eric Davis of Fandango, "To me this is not the end of a trilogy. To me this is the climax of six movies, including X-Men 1, 2 and 3. It incorporates pieces and homages and reflections back on those previous movies. I don’t call it a sequel or a prequel – I call it an in-betweenquel. It harks upon all of those movies, and because it’s ultimately about the formation of the X-Men, it’s the beginning of endless possibilities with these characters." So although Apocalypse looks to wrap up some story arcs, at the same time it seems like it's setting the stage for future X-Men movies.

Simon Kinberg, the producer and screenwriter who, along with Singer, essentially controls the X-Men movies at Fox, told Spencer Perry of ComingSoon.net earlier this month that the franchise would be continuing, with the next film set in the '90s. This makes sense with the current trend of X-Men films taking place in different decades, with the last three set in 1963, 1973, and 1983, respectively. But it also somewhat contradicts Singer's claim that Apocalypse wraps things up for this portion of the franchise. A '90s-set X-Men film seems likely to shift the focus to the younger characters introduced in Apocalypse (Cyclops, Jean Grey, Storm, and Nightcrawler), but nothing is confirmed at this point.

But even if there are no plans for an X-Men proper film in the immediate future, there will still be plenty of movies that take place in the X-Men universe heading to theaters in the years to come. First up is next year's Wolverine 3 , followed at some point by the Channing Tatum-starring Gambit , which was originally scheduled for October of this year but had to be pushed back due to filming issues (it hasn't started filming yet). There's also a film in development based on the New Mutants (which actually could be the '90s movie to which Kinberg was referring), a new crop of young heroes, that is tentatively scheduled to start filming next year under the direction of The Fault in Our Stars director Josh Boone, and it may even feature Professor X and Storm. Then there's the already in development Deadpool 2 , and the long-rumored X-Force movie that may still happen.

So even though no sequel has been announced yet for X-Men: Apocalypse, the X-Men movie universe has never been busier.