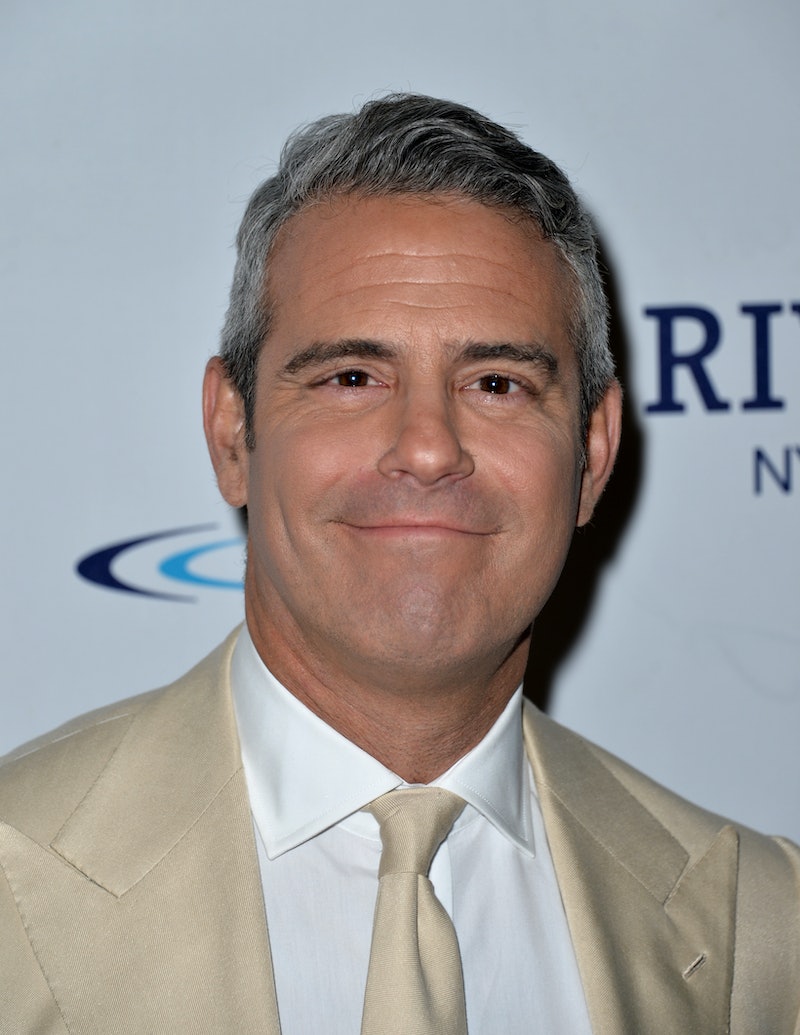 Hey Bravo fans, which is really just another way to say "hey everybody," listen up. The network that brought you gems like The Real Housewives franchise isn't done making reality television art. The best of the best will be enhancing their already pretty magnificent lineup with brand-new unscripted shows. You heard me. Bravo. New unscripted series. Including one celebrity-filled Andy Cohen project with a major plot twist. I'm willing to bet — based on no other insight other than the wonderfulness that is Bravo's other content — that some of these shows are about to be your latest Monday/Tuesday/Wednesday/Thursday/Friday/Saturday/Sunday night obsessions. If you're not picking up what I'm throwing down by all my hyperboles, I'll spell it out more clearly: This is exciting, and I think you're going to dig it, yo.

To heighten that sentiment, here's a tidbit from Lara Spotts, Bravo’s SVP of Development about the slate: “It’s a diverse collection of shows which all include the signature Bravo wink and delicious drama that our viewers love to unwind to.” Ah, the signature Bravo wink wrapped in some delicious drama. If aint broke, don't fix it. Out of the upcoming projects that were announced today, here are the top three that you absolutely need to make appointment viewing. Set your life up accordingly now.

Host Andy Cohen will be giving celebrities the opportunity to take his place... sort of. Look Who's Hosting Live will be a spin on Cohen's Watch What Happens Live , where the master (Cohen) will mentor celebs and assist them in creating their own late-night talk shows for one night. It's perfect because celebs never get to do anything cool, you know?

Employee of The Month

Crossover alert. Who doesn't love a good Bravo crossover? Million Dollar Listing New York 's Ryan Serhant will turn under-performing sales reps into stars. How, you ask? By visiting a variety of industries and teaching their low-selling employees how to step up their game. Think Kitchen Nightmares, but for people.

Here's the scenario: One person will invite a handful of their closest friends — each from different phases in their life — to meet up for an isolated vacation getaway. Anyone from your elementary school best friend to your current workplace BFF is on the table, which means that things are set up to get weird... real weird. In the best way possible.

Also, on the Bravo menu we have Real Estate Wars, which will focus on two Orange County real estate agencies competing to sell the most property in a matter of six months. Then, there's Stripped, a social experiment that tests materialistic individuals after stripping them of all their possessions for 21 day, and State of Affairs, a show that will follow couples overcoming infidelity, led by expert Dr. Lisa Paz. Rounding out the final program will be I'd Kill For That, where friends, co-workers and family members will compete for prizes by answering trivia or partaking in physical obstacles. The last one sounds a little like the adult version of Double Dare, and I really really hope I'm not wrong about that.

Time to decide which one of these bad boys you'll be spending your nights watching. Or you could always just go with all seven.