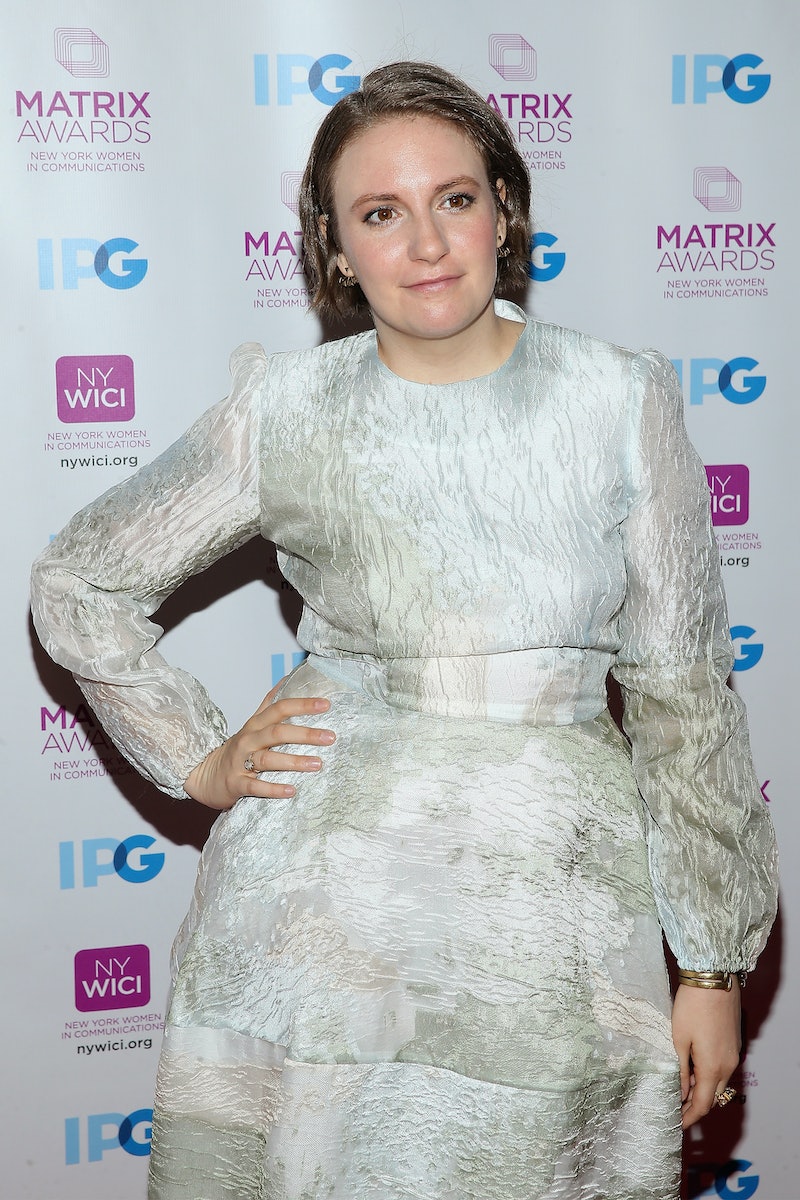 As soon as Beyoncé released Lemonade, the Internet went into a frenzy trying to figure out the identity of "Becky with the good hair." But anyone obsessing over Becky's identity may have missed the actual point of the song. On LinkedIn, Lena Dunham wrote an essay about Beyoncé's "Sorry" and how it reminded her to stop unnecessarily apologizing. And in doing so, she found the more important takeaway from the lyrics. Here's the question fans should be asking: "Why do we feel the need to apologize for things that aren't our fault?" It may seem like a straightforward answer, but as Dunham suggests, it's not the easiest habit to break. But when you finally do, it can be a freeing feeling.

When listening to the song in question, Bey's lyrics are empowering. In the track, she repeatedly says, "Sorry, I ain't sorry." As Dunham perfectly puts it,

This refrain immediately became the stuff of Instagram captions and yearbook quotes and screaming, drunken bachelorette parties: partially because it's catchy as f*ck, but also because it allowed women to express (safely, while pretending with all their might to be Bey) just how sick to death they were of apologizing.

As someone who has a tendency to say "sorry" when someone else bumps into me, I know firsthand what it's like to apologize excessively and frivolously. Yet sometimes, I don't even know why I do it. Perhaps it's more innate than I realize, considering there's definitely a gender association with the phrase. For some reason, women have been known to over-apologize for the littlest things, even just taking up space. You think I'm kidding? Nope, the Girls creator writes,

Apologizing is a modern plague and I'd be willing to bet (though I have zero scientific research to back this up) that many women utter "I'm sorry" more on a given day than "Thank You" and "You're Welcome" combined.

And don't just take her word for it — in 2015, Scientific American found women apologize more than men. There's literally research to back it up.

Rather than nixing apologies altogether, Dunham suggests replacing the word "sorry" with an "actual expression of your needs and desires." Instead of prefacing a statement with an apology, just dive straight into how you're feeling. She believes this makes for more open and healthy conversations, and quite frankly, I think she's right. Half the time, I feel like I say "sorry," just because I don't want my opinion to seem pushy, or I'm unsure how it'll come across. Basically, it's become a filler word that delays the process of saying what I'm really thinking, sort of like an unnecessary safety net.

Although only saying "sorry" when you truly mean it should be the norm, usually people have a tendency to overuse it. So, props to Dunham and Beyoncé for serving a much-needed reminder that words have power and the power of those words can be reclaimed. I, for one, am going to follow Dunham's lead and channel my inner Queen Bey. I'll only apologize if I truly need to. And otherwise, I ain't sorry either.