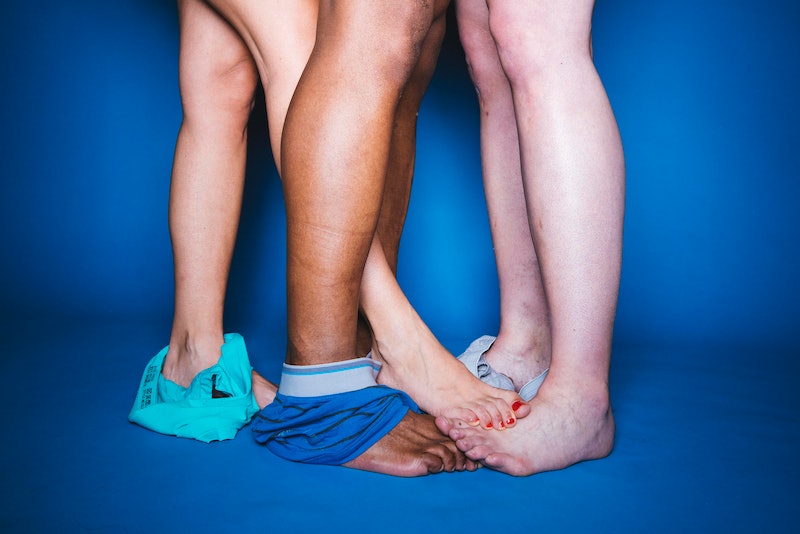 1. It’s Not Always Best To Plan These Things

2. But You Still Need To Talk About Stuff Beforehand

While I do think that these encounters should just come about organically, I realized once things got started that we still needed to cover certain things. I was a woman with two men, after all, and there were some sex acts I wasn’t interested in performing. For example, there would be no double penetration, nor Eiffel Towers. There were a couple other things on the list, too.

3. There Should Be No Negotiation Process

4. It Takes A Lot Of Concentration

5. Someone Will Inevitably Feel Left Out

No matter how much effort you put into making everyone feel like they’re a part of things, there’s a reason the term “three's a crowd" exists. I mean, I was with two men, neither of whom were being intimate with each other, and I still felt left out at certain moments as they engaged in rapid-fire French, which even now I struggle to understand when it’s spoken so damn fast.

6. It Can Make You Second-Guess Your Bedroom Skills

8. You May Want To Skip The Post-Sex Chat

Unless I’m in a relationship, I don’t see the point in talking about the sex I’ve just had with someone. Because, really, what’s there to recap? How one person came faster than the other? How someone didn’t come at all? How we should do it better next time? No thanks. Although that didn't stop the three of us from sitting on the couch talking about it. Ugh.

9. It May Be Worth Another Shot

I was doing this to cross it off a list. I wasn’t particularly into the idea in the first place, and once things got going, I started to realize that I’m probably not a threesome kind of gal. I did give it a couple more tries with different people. I wanted to make sure it was definitely not for me before I gave up on it altogether. I’m a firm believer that if at first you don’t succeed, you should try again — so I did. Still wasn’t for me. But at least I'm certain now, and my curiosity is long gone.