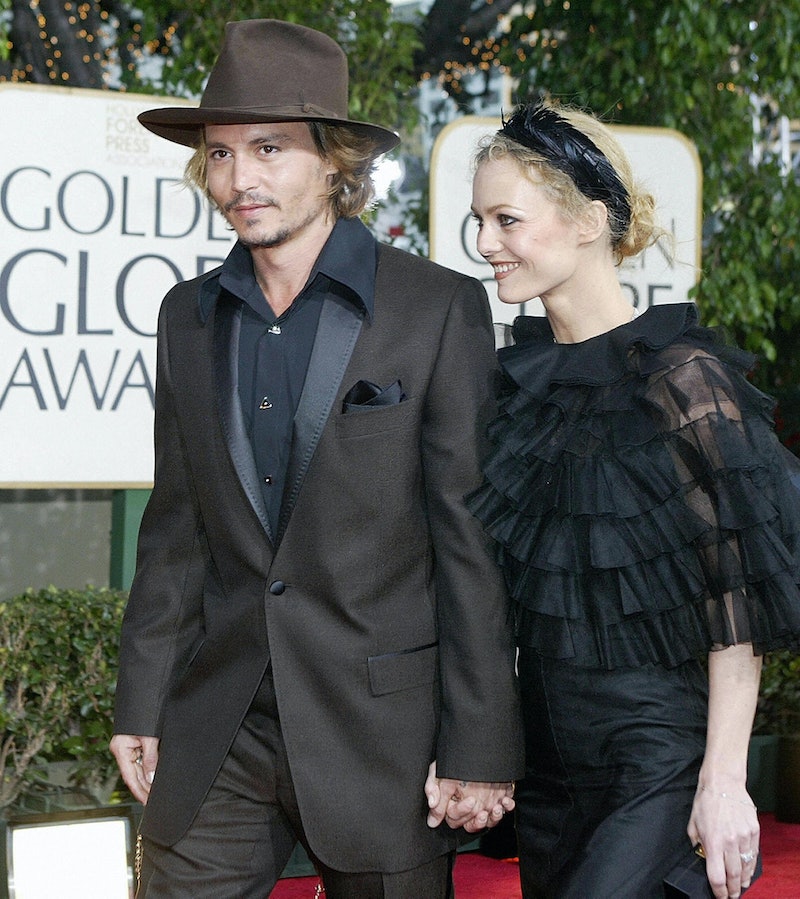 Just a few days after it was reported that Amber Heard had accused Johnny Depp, her soon-to-be-ex-husband, of physical abuse and was granted a restraining order against him, Depp's teenage daughter, Lily-Rose, has come to her father's defense. On Sunday, May 29, Lily-Rose posted a throwback Instagram photo of her and her famous dad, with a caption that, while not calling out Heard's allegations directly, strongly implies that the teen is allying with her father amidst the distressing claims.

"My dad is the sweetest most loving person I know, he's been nothing but a wonderful father to my little brother and I, and everyone who knows him would say the same," Lily-Rose wrote, alongside a snap of her as a baby, being held by her father. The 17-year-old model and actor, and her 14-year-old brother, Jack, are the children of Depp and ex-girlfriend Vanessa Paradis, who split in 2012.

Lily-Rose's support for her father comes at a difficult time. On May 23, Heard, Depp's wife since February 2015, filed for divorce from the actor, and four days later, it was reported that she requested and was granted a restraining order against him, citing claims of physical abuse. She provided a photo of her bruised face as evidence, and according to People, the alleged incident of abuse occurred on Saturday, May 21. According to TMZ, however, the LAPD reported that Heard did not have any evidence of injuries when police were called to her home on that day. Bustle has reached out to reps for Heard and Depp for comment, but has not received a response.

Depp has not made a statement about the alleged abuse since Heard's claims were made public, but through his rep, he released the following statement to People in regards to his divorce: