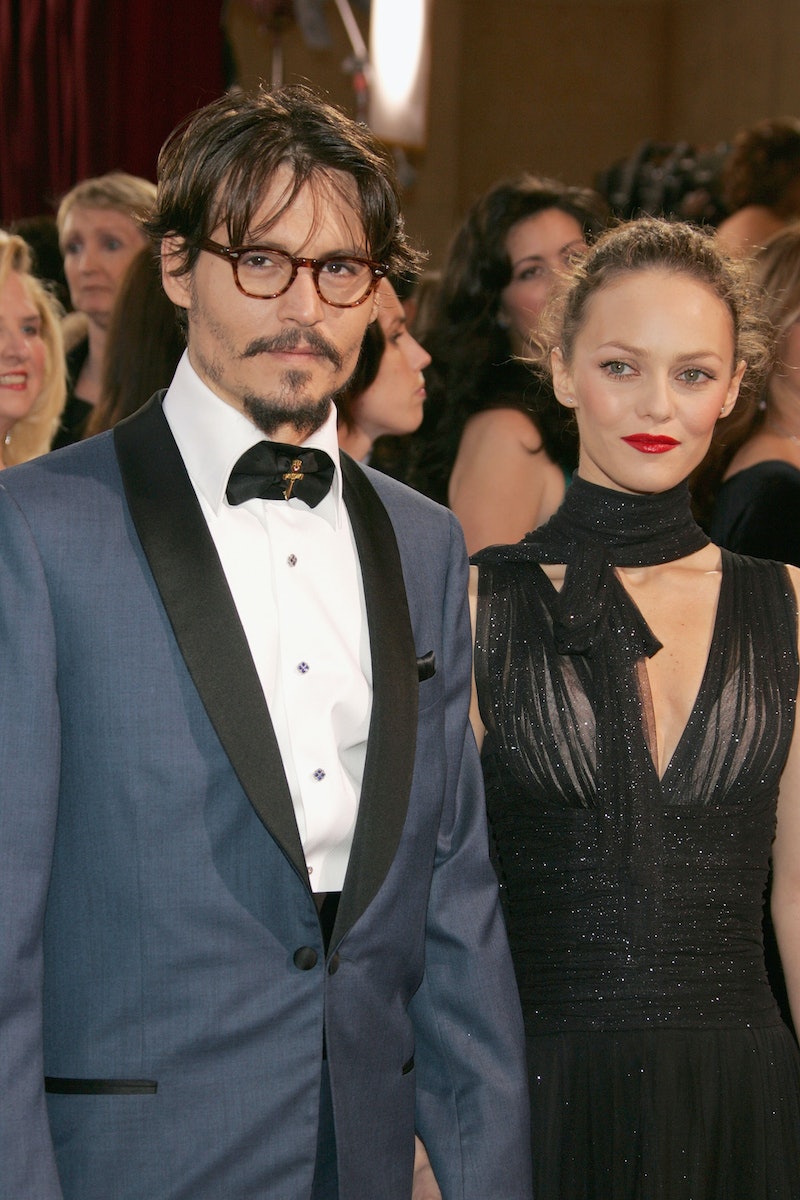 Like mother, like daughter. On Sunday, May 29, Johnny Depp's daughter Lily-Rose posted a throwback photo of her and her father, seemingly coming to her dad's defense amidst allegations that he abused his soon-to-be-ex-wife, Amber Heard. (On Friday, Heard was granted a restraining order from Depp, after claiming that he physically abused her on numerous occasions.) Now, Lily-Rose's mother, Vanessa Paradis, is similarly standing up for Depp. In a letter obtained by TMZ, Paradis reportedly hand-wrote a message calling the abuse allegations "outrageous." The letter, dated May 27, reportedly states:

To whom it may concern,

Johnny Depp is the father of my two children, he is a sensitive, loving and loved person, and I believe with all my heart that these recent allegations being made are outrageous, in all the years I have known Johnny, he has never been physically abusive with me and this looks nothing like the man I lived with for 14 wonderful years.

Depp and Paradis were together from 1998-2012. The pair have two children together, Lily-Rose and John Christopher Depp III (known as Jack). During that time, the couple never married, but Depp told Extra in 2010, "I never found myself needing that piece of paper. Marriage is really from soul to soul, heart to heart. You don't need somebody to say, OK you're married."

Since Heard's claims of alleged abuse went public, Depp has not made a statement on the topic, but Depp's rep released the following statement to E! News on Thursday, May 27 about their divorce:

Bustle has reached out to reps for Heard and Depp for comment, but has not received a response.

More like this
Kendall Jenner & Devin Booker Reportedly Broke Up After 2 Years Of Dating
By Jordyn Tilchen
Paapa Essiedu Likes To Keep His Relationship Pretty Private
By Maxine Harrison
Justin & Hailey Bieber's Bond Is "Unbreakable" Amid His Ramsay Hunt Diagnosis
By Bustle Editors
Winter 'Love Island' Will Be Back In 2023, ITV Bosses Confirm
By Maxine Harrison
Get Even More From Bustle — Sign Up For The Newsletter