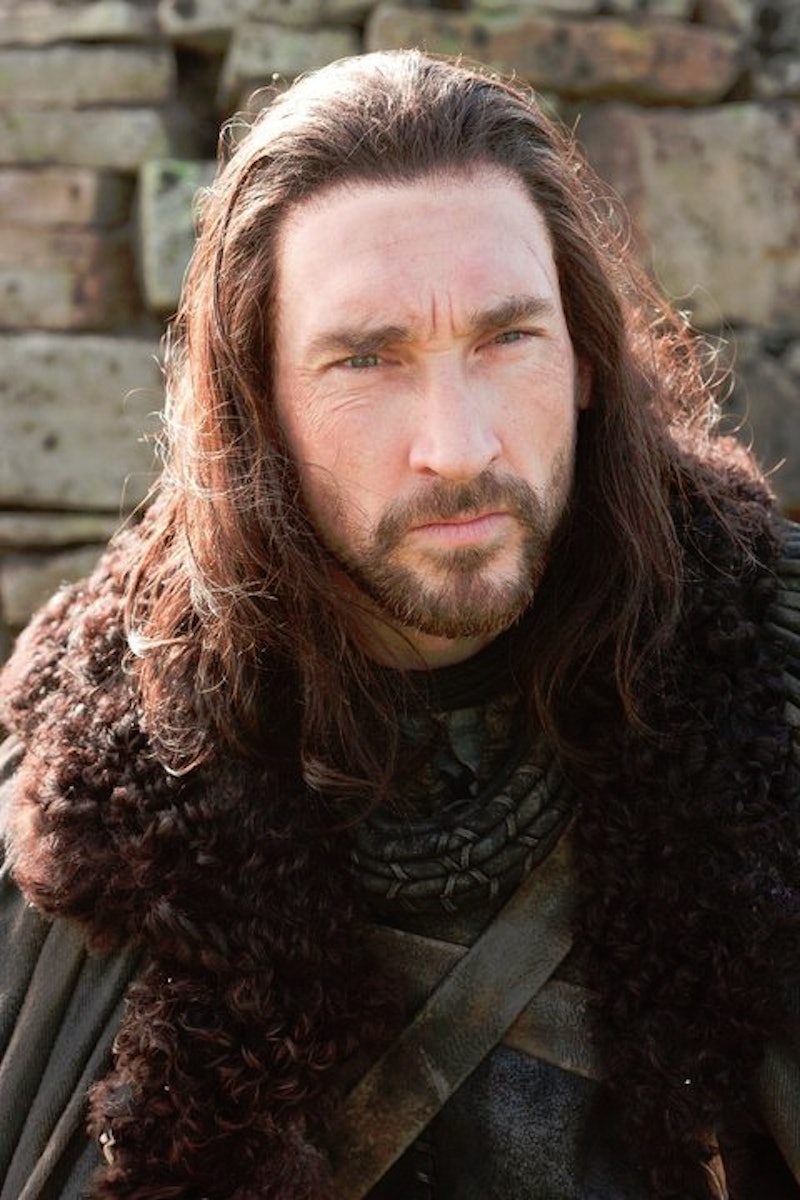 It's been six seasons since Benjen Stark disappeared on Game of Thrones, but he returned during Season 6 to help Bran escape the wights. But, as much as I loved the show's second Stark reunion of the year, I felt like something was off. Was Benjen Stark recast for Game of Thrones Season 6? Nope. He's still played by Joseph Mawle, but that doesn't mean this is the Benjen fans knew and loved from the show's pilot.

Since riding off on a range during the first episode, a lot happened to Ned's brother. He was stabbed by a white walker and left to die. Fortunately he was saved by the children of the forest who stabbed him with dragon glass (much like they did with the first white walker), which helped him survive. But, survive as what, exactly? Entertainment Weekly interviewed the writer of Sunday's episode, Bryan Cogman, who said today's Benjen is not the same man fans have known. "It was great to have Joe Mawle back with us," Cogman told EW. "It must have been a trip for him to step back into the character after so long — but he’s also decidedly not the Benjen of season 1, so that was fun to explore."

So who is Benjen now? According to that EW article, he's a character named Coldhands, a theory previously shot down by Game of Thrones book writer George R. R. Martin, reported Latin Times. I guess this is just another point where book and show diverge, since the showrunners confirmed during the "inside the episode" than Benjen is indeed Coldhands on the show. "Coldhands Benjen obviously has a lot to do with the Three-Eyed Raven over the past several years since his disappearance, and he’s got a bit of a window into Bran’s purpose," D.B. Weiss said in the video.

So, what will happen now that Coldhands has met back up with his nephew? Only time will tell if his motivations with Bran are pure or slanted by his new identity.