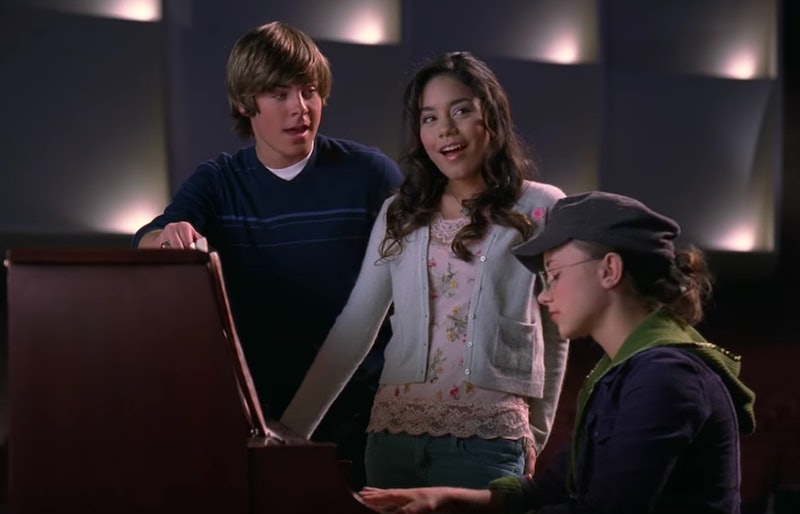 As Disney counts down their original movies in preparation for the premiere of their one hundredth original movie, Adventures in Babysitting, the Disney Channel's DCOM marathon is in full swing, allowing kids both young and old get to re-visit their old favorites. Everyone has a favorite DCOM, which makes this Memorial Day marathon the world's best TV marathon since Law & Order: SVU. But, as every good Disney fan knows, DCOMs are about more than just entertainment: they're about personality, and your favorite says a lot about you, whether you know it or not.

Zenon: Girl of the 21st Century

You might live on Earth, but inside is a "Supernova Girl" just waiting to get out. Like Zenon, you're hungry for adventure and not afraid to break the occasional rule. That said, you're also a bit of a people pleaser, and you'll do anything for your friends. You're an unashamed fangirl and you're always into using cool, new slang.

You don't take no for an answer, and there's nothing you hate more than being told you can't do something. You are desperate to disprove the idea that certain activities and sports are for one gender only, and you're all in for Equal Pay and women's equality. You're also extremely loyal to your family, and you're willing to get a little dirty to prove it.

You love tech, so Smart House is as close to your dream house as it gets. You like being taken care of, maybe a little too much.

If The Thirteenth Year is your favorite Disney Channel Original Movie, then it's likely you had high hopes for what might happen when you hit puberty. Whether you expected to start developing scales and a mermaid tail or were waiting for a letter from Hogwarts, favorite among people who grew up feeling like outsiders.

The Color of Friendship

The Color of Friendship is arguably the Disney Channel's most political movie, so those that love it are likely passionate about civil rights and recognize how politics really do influence daily life. You don't judge a book by its cover and enjoy getting to know people who are different from you.

You secretly (or not so secretly) fantasize about breaking out into song in every day life, and desperately want to get away from high school cliques. You have a soft spot for old-school musicals and classic Romeo and Juliet love stories. (You also probably had a life-sized poster of Zac Efron in your childhood bedroom — admit it.)

Tru Confessions was a bit more heartbreaking than your average DCOM, but that's what makes it so unique. Fans of the film aren't afraid to be in touch with their emotions, and love their families more than anything.

Rip Girls is all about learning about your heritage, so if it's your favorite DCOM, then you feel a strong connection to your family's background. Whether it's visiting the town where your mother grew up, or just listening to your grandfather's stories, you like to feel connected to those that came before you.

If Teen Beach Movie is your favorite, then you probably have an obsession with old movies, specifically classic Hollywood musicals and love stories like Grease or Rebel Without A Cause. You can't resist a story about star-crossed lovers, but you're also not afraid to flip the script.

You've always dreamed about being a superhero, and you always want to do the right thing. You're brave, which means you have a tendency to get ahead of yourself. You might also feel like the black sheep of the family sometimes, but that's OK because you have friends to remind you how special you really are.

You used to close the door to your room and sing along to your favorite pop songs at the top of your lungs, not to mentions the concerts you regularly put on in the shower. You still dream of being a pop star, and you probably had a crush on at least one Jonas Brother.

There are so many Disney Channel Original Movies, it's impossible to go through them all. No matter what your favorite DCOM is, the most important thing it says about you is that you enjoy indulging your inner kid. And, thanks to Disney Channel, you'll never have to stop.