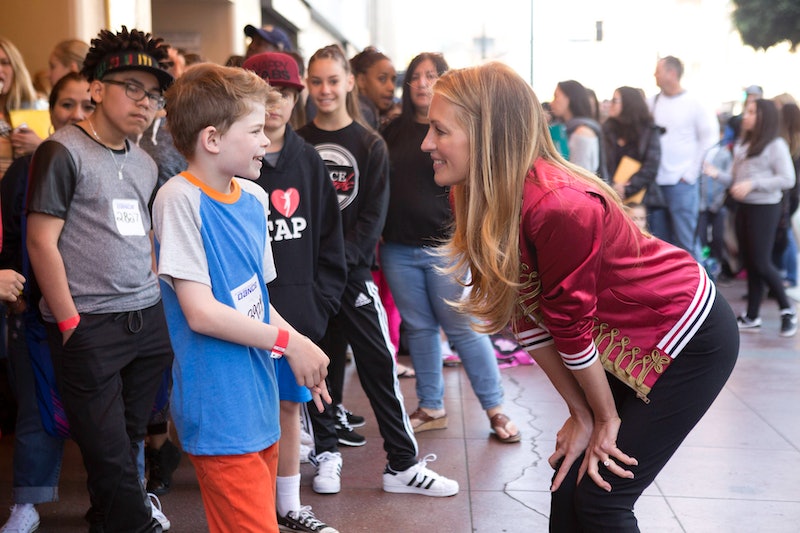 Although I didn't expect it, having younger dancers auditioning for So You Think You Can Dance led to more standing ovations from judges Jason Derulo, Paula Abdul, and Nigel Lythgoe. And the judges weren't just being polite since the talent that was highlighted on the premiere episode of So You Think You Can Dance: The Next Generation on May 30 was outstanding. After over a decade of introducing new dancers to the world, the FOX dance competition show has changed its format by having dancers between the ages of 8 and 13 audition for the show. If the young dancers make it to the live shows, they will be partnered with an All-Star dancer who will help mentor the young dancers and perform with them. And as the first episode showed, these kids will be putting on just as good of a show as any adult dancers have in seasons past.

With the shift to The Next Generation came some understandable adjustments to So You Think You Can Dance. Don't worry, Cat Deeley is still there to host and she excels at putting the kids at ease with her affable personality — because really, who doesn't want to hang out with Cat Deeley? But one change from the start was the show's opening. Instead of that familiar, yet somewhat menacing voice echoing, "So you think you can dance?," the show opted for a more social-media friendly opening — because kids love social media, don't you know that? With kids texting, FaceTiming, and tweeting, the intro to the show definitely had a more lighthearted energy that was befitting the new direction of this season.

While Maddie Ziegler of Dance Moms and Sia music video fame will also be a judge, she wasn't on the panel for the first episode. As for the other judges, they were generous with their praise to the dancers, but also denied some dancers that they didn't think were ready to move to the next stage. The focus of the first episode was much more on the dancers who would be moving forward on the show and they were often interviewed in a room with a camera to tell their story, rather than the more tense atmosphere of the pre-audition space.

The families of the dancers were also allowed to sit on the side of the stage to watch the dancers, which helped to make a more encouraging (and sometimes, more embarrassing) audition in front of the judges. After the auditions, instead of going to the not very kid-friendly locale of Las Vegas, any dancers who make it through are going to "The Academy." That's where more eliminations will take place, but also where an All-Star will select which dancer he or she wants to work with for the rest of the season once live shows take place.

There were some somber moments in the first Next Generation episode, with some of the young dancers sharing their backstories, but overall, the atmosphere was pretty joyous and encouraging. Although So You Think You Can Dance will always be a competition show, this season will be all about the importance of growth and working hard, which is a good lesson for anyone of any age.