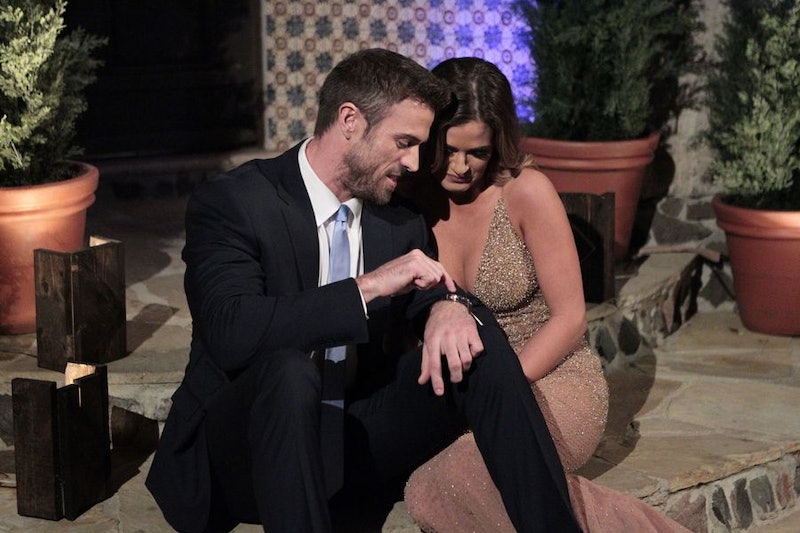 We haven’t had a “villain” like Chad Johnson on The Bachelorette since Ashley Hebert’s season (when it was Bentley), and I have to say, I’m kind of digging it. Chad’s delivery is pretty problematic (and his macho thing, well, all of the machismo on the show is way too much for me), but on some occasions, I understand where he is coming from. Contestants should be there to fall in love, and it’s impossible to really love someone a week in. And as he’s watching The Bachelorette episodes back with the rest of the world, Chad seems fine with how he’s portrayed on The Bachelorette.

First of all, you have to be really stupid to not understand that the producers of The Bachelorette are not going to edit you any way they please. I’m always surprised when former contestants are shocked that they looked stupid or combative — the editing will get you every time, and you should know, after 50,000 seasons of the show, how it works. Chad, though, doesn’t seem to be stressing about any of it. He knows how the reality show sausage is made, and, as demonstrated by his tweeting during the episode, he seems to really be enjoying his own color commentary. Hell, I am, too. Let’s take a look at what he’s saying.

Far be it from me to agree with the "villain," but Chad was pretty right about the guys putting on a show for JoJo. Here, he's clarifying his stance.

You have to be able to laugh at yourself when you're on a reality show, right?

Chad Is Having A Great Time

Fine, I'm liking this Chad character more and more. I'll just have to watch his Twitter as a companion to the season lest I get too annoyed with his one-liners. You got me, Chad! You got me.