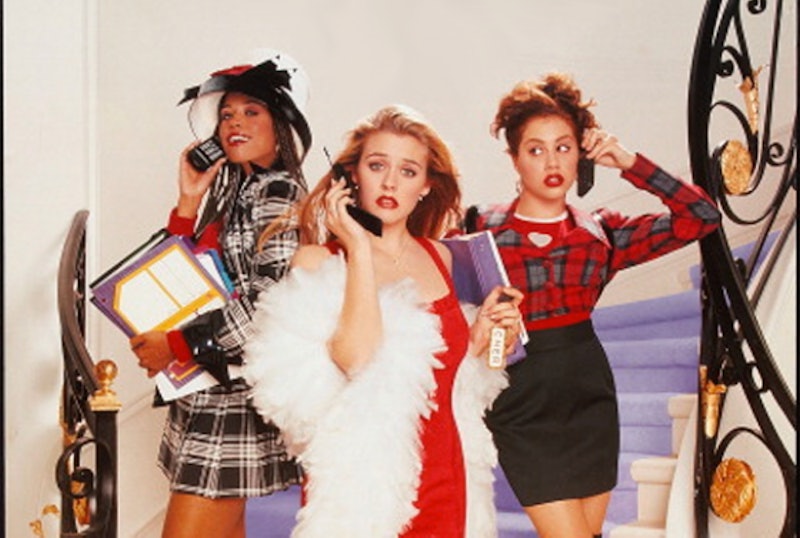 The '90s were a great time for many things: butterfly clips, low rise acid wash jeans, and a whole lot of sass. There's a reason the millennial generation is so in love with the '90s, and a big part of it, I believe, is because some of the greatest quotes, lines, and phrases were born during that time. And if you don't believe me, all I have to say is, talk to the hand.

I grew up as a 90s baby and also happened to be a major book worm my entire life. There were certain books that I adored, from Goosebumps to Junie B Jones to the TTYL series that captured the ridiculousness that instant messaging once was. All of these books, and so many more, captured the 90s in ways that our favorite movies, tv shows, and music once did. With characters walking around with their Walkman attached at their hip listening to a mix tape is about as 90s as you can possibly get.

If you've been craving some wicked 90s quotes lately, I've got all that and a bag of chips for you with these 10 book quotes that capture the essence of the 90s pretty spot on:

1. "One of Renee's friends asked her, 'Does your boyfriend wear glasses?' She said, 'No, he wears a Walkman.'"

3. "I don’t think it’s overstating it to say that my religion of choice became VHS rentals, and that its messages came in Technicolor and musical montages and fades and jump cuts and silver-screen legends and B-movie nobodies and villains to root for and good guys to hate. But Ruth was wrong, too. There was more than just one other world beyond ours; there were hundreds and hundreds of them, and at 99 cents apiece I could rent them all."

5. "Here is another marvy glimpse into the gothic basement that I call my mind."

― Louise Rennison, Away Laughing on a Fast Camel

7. "I even made her a mix tape and left it at the grave. I hope you do not think that makes me weird."

— Stephen Chbosky, The Perks of Being a Wallflower

8. "The summers before that are a blur of baby oil and Sun-In and hating our bodies (I got big breasts; Tibby got no breasts) at the Rockwood public swimming pool."

― Ann Brashares, The Sisterhood of the Traveling Pants

9. “Tonight, I feel like my whole body is made out of memories. I'm a mix-tape, a cassette that's been rewound so many times you can hear the fingerprints smudged on the tape.”

10. "A little glitter can turn your whole day around."

More like this
Jennette McCurdy’s First Kiss On 'iCarly' Didn’t Go As Planned
By Bustle Editors
The Viral 'Little Miss' Franchise Is Focusing On Mental Health Next
By Darshita Goyal
The Biggest Differences Between 'Bullet Train' & The Book It’s Based On
By Arya Roshanian
At 28, Lesley Manville Was Acting, Picketing, & Singing Kate Bush Songs
By Olivia-Anne Cleary
Get Even More From Bustle — Sign Up For The Newsletter