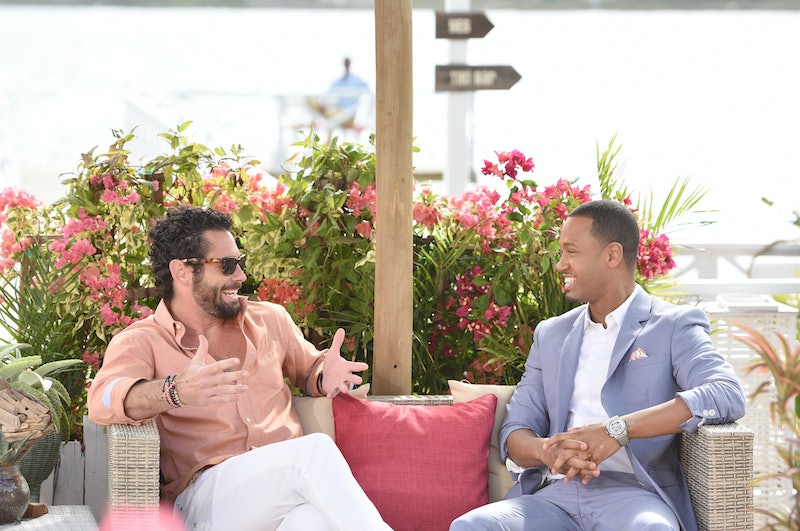 Sure, the idea of another reality dating show where a group of hopeful singles get plopped onto a tropical island to find true love seems pretty par for the course these days. Fortunately, for those of us who can't stomach another dating show that's straight out of the cloning machine, Coupled has come along and freshened up the genre for us. The cast includes 12 very accomplished women who get first choice on whether they would like to get to know a series of men who are dropped in via helicopters. One of these gentlemen flying in to the show is accomplished entrepreneur, Ben Rosenfield, and he promises a season filled with drama.

In an interview with Bustle, Ben explained that the show is completely different from its counterparts in a myriad of ways. Mainly, the introduction of cell phones really sets it apart and places it more into the realm of legitimate reality. After all, technology is a huge part of today's dating world. Shows who shun it are really giving a slightly amended version of how a real relationship would unfold. Ben tells Bustle he found the addition of cell phones key to the potential success or drama of budding relationships. "You never know who the person you're dating is also texting," he points out. "[The show] incorporates nuances of modern dating, where you're going left or going right deciding whether you like the person and using cell phones. It's really interesting how much texting goes into the courting process."

And, before you see Ben's courting process unfold on TV, here's what you need to know about the show's newest suitor.

Ben doesn't like how impersonal modern dating has become. He tells Bustle, "I like to be contrarian and I like to pick up a phone and ask someone to go out." So weird, right? A human who actually likes to genuinely connect with another human? Unfortunately, that's rare these days. Coupled plays on this idea by showcasing the contestants' text conversations for viewers to see.

He Is An App Developer

Ben has created two apps. His initial foray into the land of apps was incredibly successful. He created Freebie, which according to Ben is, "A marketplace where influencers can leverage their social following for free stuff from brands." There are about 200,000 "influencers" on the platform who actively promote brands to receive free stuff in return. Really cool premise, right? Well, Ben also has an app preparing to launch very soon called, Hero. Ben says that Hero is close to his heart and describes it as, "Anyone who has a skill can make money on the side." Basically, Hero brings freelancers from all walks of life together on one platform to be contracted by potential clients. You can find anything from trainers to massage therapists on this app, and it allows the freelancers (who he calls "Heroes" because they, "come in to save the day") to reach a much larger client base. Ben says all freelancers go through a verification process before being showcased on the site, and it will also come with customer reviews for their services.

As you can tell, Ben is a little busy. His general entrepreneurial spirit and launching Hero keeps him in a constant state of work mode, so leisure time is a rare occurrence for this guy. When asked if he had hopes of finding love on reality television, Ben says he was certainly hopeful to find love. "Maybe there was someone as crazy as me on the other end that also said yes [to appearing on the show]," he says. "If I was chosen [for the show] then there must be a female counterpart of me chosen, as well." Obviously, he went into this experience with a great attitude. We'll just have to see if it worked out for him!

He Is A Reluctant Reality Star

Ben says he was actually was not initially looking to be part of the reality television world. It took some arm twisting to get him to apply for Coupled, but one of the reasons he caved was because Mark Burnett (a reality show guru) was attached to the project. Ben says he doesn't even watch reality television and actually has to go to a friend's house to watch Coupled. So, he'll definitely come into the experience with a fresh, untainted-by-reality-TV perspective.

Ben's Instagram is full of photos showcasing him playing polo. It's a unique little tidbit that makes him stand out from the crowd. He was even the cover model for Sophisticated Living magazine. I'm willing to bet that not a lot of people can claim that accomplishment.

Basically, Ben is a definite catch. He wouldn't give away any spoilers (I tried!) but I would be shocked if he walked away from this experience without making a love connection. Someone had to scoop him up on that island! Check out Coupled Tuesdays on FOX to find out.