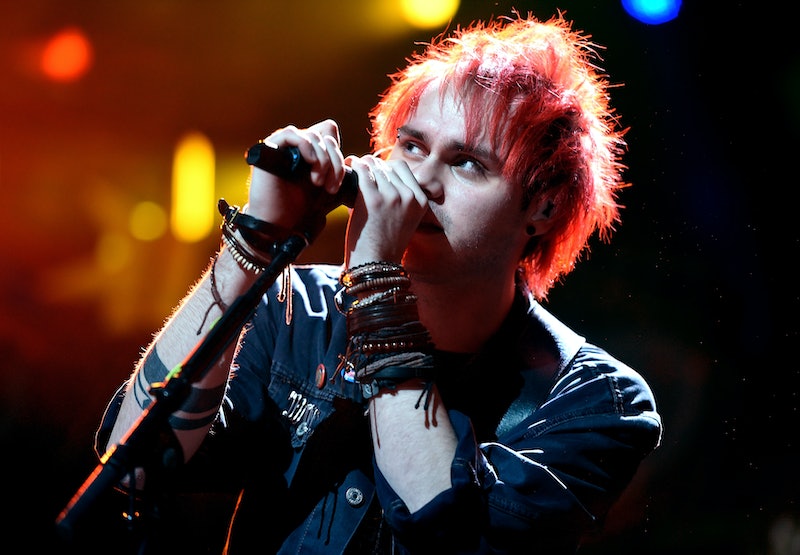 For everyone who is as addicted to 5SOS' Snapchat stories as I am, it only makes sense that we want this five sauciness to spill over into the band members' individual Snapchats, which would obviously equal even more 5SOS, all the time. Since the band account (wearefivesos) continually offers up such gems as Luke Hemmings singing a cappella, Michael Clifford and Calum Hood effing around with face-altering filters, and Ashton Irwin just generally being a straight-up ray of sunshine, imagine the additional shenanigans the guys would get into with four individual Snapchat accounts (my heart can't take it). And while every fan has her fave — it's already been well established that I'm a Luke stan myself — this one is for all the Michael girls out there: Does Michael Clifford have Snapchat?

A long, long time ago, way back in December 2012 (a time when Ashton Irwin had only been in the band for a year), Michael Clifford tweeted the following: "snapchat me :D michaelgcliffor .. No d :P" Now, I've had this Snapchat username added to my Snapchat list ever since I first downloaded the app, and I have never seen michaelgcliffor (no "d") Snapchat anything. Since this tweet is almost four years old (and the band has since joined Snapchat on an account they actually use), I'm gonna go ahead and say that the guitarist probably doesn't use this account anymore. And, if he does, it's probably private.

Still, it's not like we're dealing with a Snapchat-less Michael Clifford. Michael girls can get their fix on the 5SOS Snapchat, since the singer is active AF on the band's account. There was that period of time where he was obsessed with the rainbow puke filter (see above), and now he has moved on to #allthefilters, like the puppy and that one where you look like a piranha with an underbite:

Plus, it's just the best to see the whole band interacting together, as a unit. While the appeal of individual Snapchats is to see what the guys get up to on their own, the excitement of the band's shared account is that fans get an inner glimpse of what life is really like backstage, on stage, and post-show — and how they all goof around together and just generally act ridic. Don't get me wrong: Michael Clifford on his own is on point, but Michael Clifford, on Snapchat, getting cray with his bandmates... that is what dreams are truly made of.