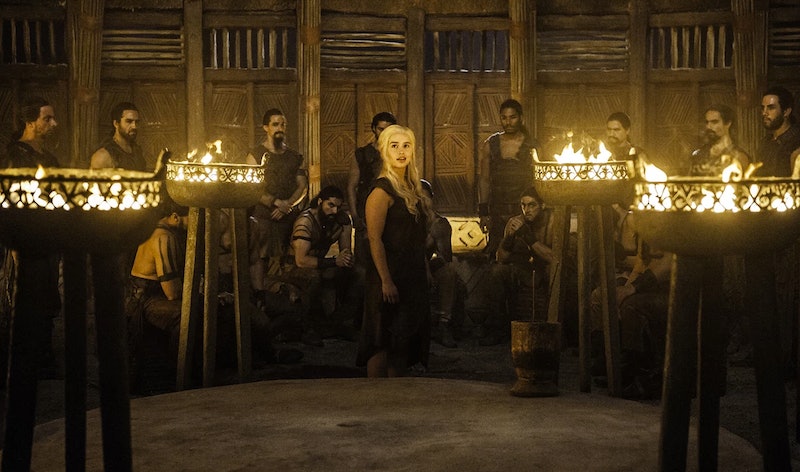 We are more than halfway through Game Of Thrones Season 6 and it has been a really busy and surprising season. The characters have been on the move, heading for unknown places or previously uncharted quests as the HBO series has surpassed where the characters left off in the A Song of Ice And Fire books. With so many unknowns now on Game Of Thrones, fans are seriously speculating about where the show is headed. For the first time, your guess is as good as any other. But, there are some trajectories and theories that viewers can agree on. There are a lot of things fans hope will happen in Game Of Thrones Season 6.

From Jon Snow and Sansa’s embrace to Danaerys leading a Dothraki army to Bran’s revealing visions, Game Of Thrones has already covered a lot this season. And, after several episodes, fans are starting to get a taste of where characters are going. We are being teased with Jon’s parentage in Bran’s flashbacks and tantalized with thoughts of characters marching toward one another — perhaps seeing each other again, or meeting for the first time. With so many surprises behind us this season, I are sure that the closer we get to the finale, the more winding and shocking the revelations will become. And, of course, I'm already panicked about the suspenseful show’s next big cliffhanger. With so much excitement ahead, here are 22 things Game Of Thrones fans want to see before the end of Season 6.

With The Waif gone, Arya could bide some time before encountering the Faceless Man again. And, she could start assassinating people on her own terms. I really want to see her list come to fruition. Considering the re-introduction of Walder Frey, he may be the first name she crosses off.

We never did find out what the deal really is with that choker.

Jon Snow is getting warmer, warmer, hot to other characters.

Hopefully, at the hands of Jon Snow, who has travelled south of the Wall. After all, Episode 9 is titled “Battle of Bastards.”

Let’s hope Jon Snow, or someone, can save Rickon.

They’re on their way. And, they may have ships for Dany.

8. Dany Weighs In On Tyrion’s Negotiations

She needs to take back the control. And, maybe she and Tyrion realize they have a connection…

9. Tyrion Finds Out He Is A Targaryen

And, that would make him and Dany siblings. He did reason with the dragons, after all.

We would finally know Jon Snow’s parentage. But, would Jon Snow find out?

Come on, you can’t introduce a gun in the first act and never use it! Sam stole that sword from his parents’ home for a reason. We know what that steel does to White Walkers. Maybe Sam will use it in a regular/human battle this season? Either way, I hope Sam becomes a hero.

I want Dany to enter Westeros with a fleet of dragons.

13. Dany Makes It To Westeros

Hey, maybe Jon Snow is south of the Wall now…

14. Dany & Jon Are Closer To Meeting Than Ever

Will they be lovers? Are they actually aunt and nephew? Will they work together? Are they going to battle? We could be closer to seeing them in the same scene than ever.

So the Sand Snakes took over, now what?

She is a master manipulator, let’s hope she has a plan.

Tommen either needs to man up or someone needs to take charge. At this point, would any of us miss Tommen?

Or at least we find out he is OK. But, I guess no news is good news.

These two are so funny together. But I think the flirtation or infatuation would be better than a coupling.

If Sansa travels with Jon Snow into a Battle of the Bastards (Bolton vs. Stark), maybe she could get a word in or some revenge when it comes to her captor Ramsay. I would love to see some justice served here.

22. Jon Snow Will Take His Shirt Off Again