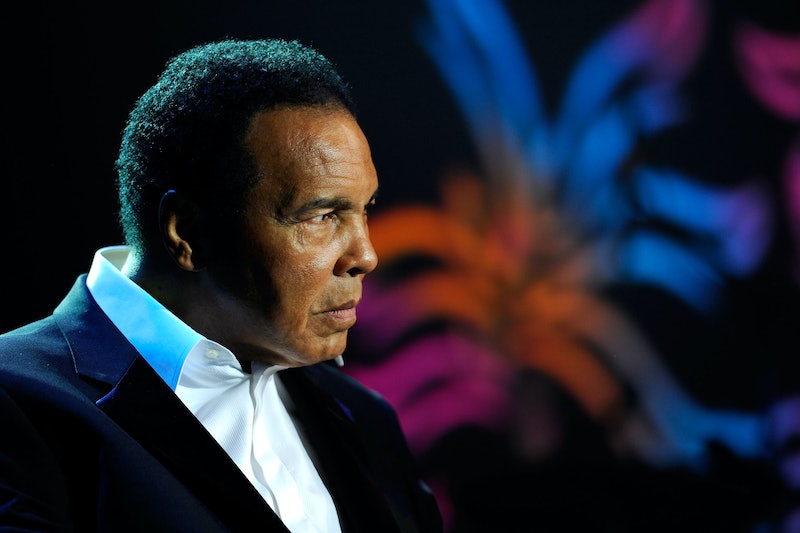 Boxing legend and civil rights activist Muhammad Ali has died at 74, after a 32-year battle with Parkinson's disease. After being admitted to the hospital for respiratory issues related to his illness on Thursday, he passed Friday night. Family spokesman Bob Gunnell confirmed to USA Today:

In the wake of his death, and in remembrance of not just his legendary boxing career, but his profound civil rights activism, this video of Muhammad Ali explaining what he'd do after he retired is now going viral on Twitter. And while there are many touching tributes to the legend being passed around today, none are quite so exemplary of his character and everything that he stood for than this.

Fittingly, after the young boy posed his question, Ali pretended to fall asleep. "When I retire from boxing — I wanna say something here ... this might make you all think. Life is not really long," the boxer began, addressing the question seriously. He explained how, for instance, if a person is 30 years old, they truly were only around 7 years old. He factors in the time you spend sleeping, the time you spend commuting, the time you spend watching a screen — essentially, the time you spend focusing on anything but yourself and the people around you and your goals in life.

At one point, he quipped that in 30 years, he'd be 65, that you "can't do much at 65" — but of course, he went on to prove himself wrong, continuing to advocate for civil rights throughout his battle with Parkinson's disease. The conversation turned almost eerie when he discussed the idea of his own death: "What I'm gonna do when I get out of boxing is prepare myself to meet God ... I'm gonna do all I can to help people." He talked about how, ultimately, it doesn't matter to him who he defeats in the ring, or how long his boxing legacy lives on, but whether or not he was able to make a difference to his fellow man. He would go on to live for another 39 years, spending every one of them doing just that.