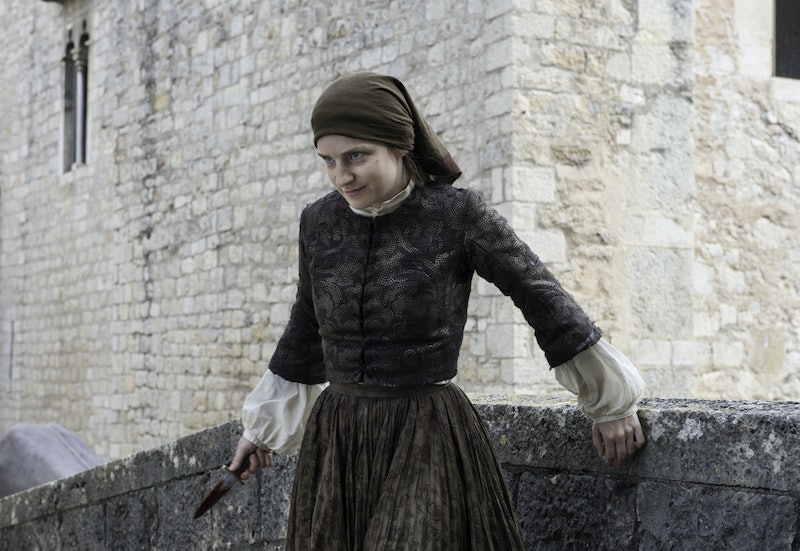 Everyone, at one point or another, has started working at a new establishment and worked under the worst manager. Someone who broke the rules and yet berated you for every little thing you did wrong. That's The Waif's relationship with Arya on Game of Thrones in a nutshell. The Waif is one of the two (or possibly more, it's always tough to tell) Faceless Men who have taken it upon themselves to train Arya in her quest to join the ranks of the mysterious, face-swapping assassins. Jaqen H'ghar seems to be a more patient, level-headed trainer while The Waif seems to harbor an intense hatred for Arya and is only interested in smacking the young Stark around as much as possible. The Waif is a terrible example of a Faceless Man, and her inability to stick to the rules could be her downfall.

The Waif's role as a Faceless Man is, unfortunately, a tale as old as time. Someone has a dream that they work hard to achieve, but when they finally achieve it they discover that the other people who have also achieved that dream are real jerks. The Waif's vendetta against Arya goes far beyond just "being a jerk," though, as it goes against what appear to be the core tenants of the many-faced God.

The Waif seems to be an unofficial title for the character, who should really given the title "The Worst." Over two seasons in the House of Black & White in which Arya became "no one", she has been taught that she is only a servant, and should not ask questions. Arya has also been told she must only kill those that she is allowed to kill, and not to steal deaths from the Many-Faced God, and to remove her identity and let go of her personal vendettas. And yet, The Waif has broken all of these rules. How is that OK?

Reddit user ATXLegend7 theorizes that "the Waif is still an apprentice." It's never made clear in the show where The Waif stands in the structure of The Faceless Men, but The Waif could easily be someone who is only a step above Arya. This means that The Waif is being tested and trained just as Arya is. Despite a higher standing, The Waif still falls short of being a true Faceless Man in many ways, including her grudge against Arya. The Waif approaches Jaqen H'ghar after Arya betrays her orders and says "You promised me," indicating that The Waif has been hoping to be the one to kill Arya. Jaqen agrees to allow her to give in to her grudge and orders her to not let Arya suffer. After being given that instruction, The Waif stabbed Arya multiple times in the gut, twisted the knife, and threw her into the water to be left bleeding out or possibly drowning. That absolutely sounds like suffering, so either the Waif has to work on her definitions or she is breaking the rules of The Faceless Men.

So what does this mean for the Waif? If Jaqen is half as strict with her as he is with Arya, The Waif is could be blinded, beaten, or buried. However, the fact that The Faceless Men also seem to be nothing more than assassins for hire with great resources, as Arya believes after being told to kill a seemingly innocent Braavosi actress. This shows that they may be nothing more than a collection of mysterious, murderous hypocrites. There's clearly some severe mismanagement going on in the House of Black & White, and it's possible that The Waif may have abused her powers for the final time. Even if she's not punished by Jaqen for disobeying him, she made the fatal mistake of not ensuring that Arya Stark was dead after stabbing her.