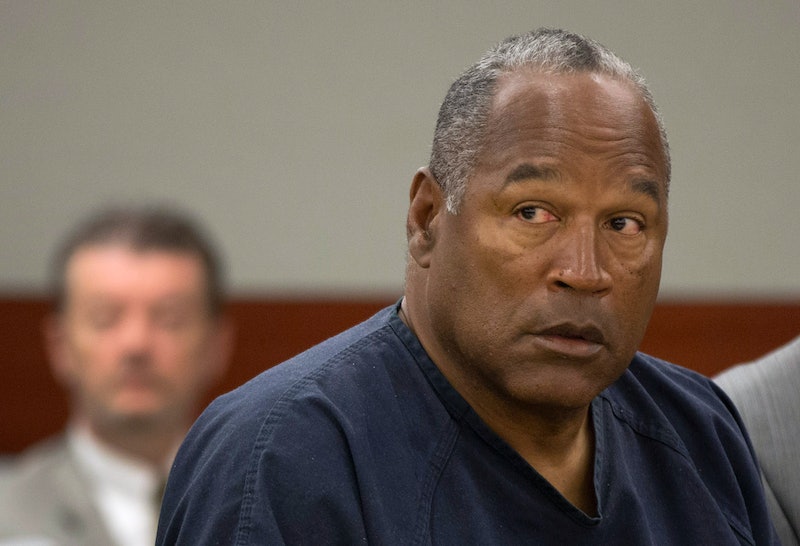 If there was any question as to whether the passage of time dulled public obsession with O.J. Simpson, FX's The People v. O.J. Simpson: American Crime Story answered in the negative. The constant media coverage that accompanied Simpson's 1995 trial for the murders of Nicole Brown Simpson and Ron Goldman, of which he was found not guilty, is now legendary — it's a case study in American culture, the 24-hour news cycle, and the effect of environmental factors like racial tension and class wars. While the FX series picked up immediately after the bodies of Brown Simpson and Goldman were found, the ESPN documentary O.J.: Made In America provides detailed cultural context, dating back to Simpson's rise to fame as an athlete. However, Simpson continued to face legal troubles long after the murder trials and a video from O.J. Simpson's trial appealing his 2008 conviction for 12 charges, including robbery, puts a bizarre cap on the near-mythic downfall of a former hero.

The not guilty verdict in Simpson's murder trial thrilled supporters and horrified those who believed he committed the acts despite being acquitted. In a 1997 civil suit, Simpson was found liable for the deaths of Brown Simpson and Goldman and ordered to pay $33.5 million to their families, as reported by The New York Times. However, Simpson's current jail time that he appealed last year stemmed from a completely unrelated incident over a decade after that civil trial.

In 2008, CNN reported that a Las Vegas jury found Simpson and co-defendant Clarence "C.J." Stewart guilty of charges stemming from an armed confrontation with two sports memorabilia dealers in 2007. Though Simpson claimed that he was there to take back items that were stolen from him, both men were convicted of 12 charges and Simpson was sentenced to up to 33 years in prison, with a possibility of parole after nine, as reported by CNN.

Simpson filed for an appeal of that conviction twice, according to CBS News, once in 2010 and again in 2014. In this video from July 2015, Simpson does what he never did during his 1995 murder trial: He takes the stand in his own defense. He describes entering the hotel room containing the memorabilia he claims belonged to him and rationalizes the violent language he used during the altercation by referring to his "emotional" state. Simpson appears at ease during the testimony, and even shares a laugh with a court police officer as he's led away from the stand.

Simpson and his legal team alleged in the appeal that his lawyers botched the 2008 trial, but the Nevada court did not acquiesce to his request for a new one. CBS News reported that the response to the appeal was a 16-page order that ruled there was "no reason to overturn a lower court judge's decisions in the case." That means the original sentence of nine to 33 years stands, making Simpson eligible for parole in 2017.