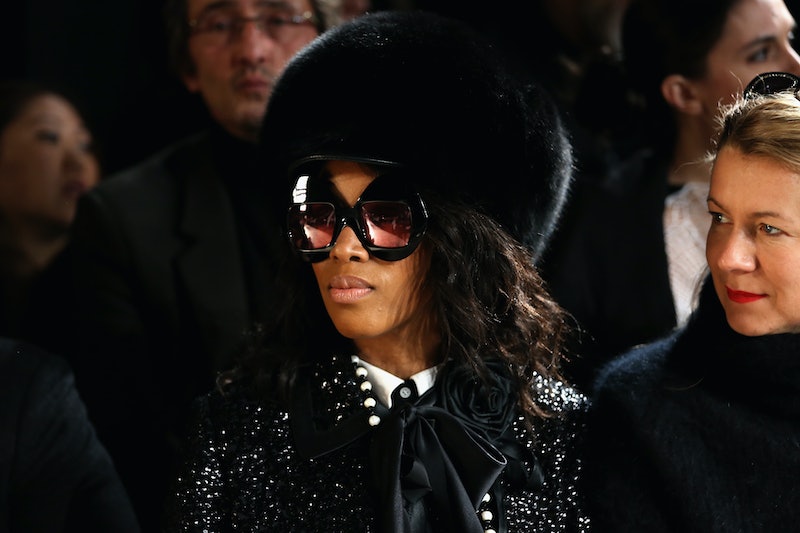 With all the talk these days about the lack of diversity in fashion, it's also important to take some time this Black History Month to celebrate African Americans who have managed to make a name for themselves in the industry. These 14 style influencers have brought the fashion industry one step closer to being truly in vogue. And if you don't already, you probably know their names.

Have you seen the looks on Lebron James recently? How about Andre Drummond during NBA All Star Weekend? You can thank NBA stylist Rachel Johnson for that eye candy. When the NBA enacted dress code rules stating that players must wear business attire while conducting all NBA business, a handful of stylists jockeyed to be the top stylist to the multimillionaires of the game. Johnson, who has an editorial styling background, rose to the top of the heap and is credited with creating the signature looks for some of basketball’s top names.

See her in action.

These days, you can find Ambrose in the front row at fashion week, wearing her trademark turban and running her “Juniverse” on Twitter.

The brain behind Rihanna’s earth-shattering angle cut and Beyoncé’s 2013 surprise video album looks, Lysa Cooper is the best of the best. Cooper's talent is matched only by her willingness gab about the industry and the people in it. In a 2013 Vogue Italia article, she takes on Rihanna, Beyoncé, the Olsen Twins, and the Internet's impact on the industry.

Iman is both an iconic supermodel and a successful businesswoman. She burst onto the scene in 1975 as the style muse for Yves Saint Laurent, Thierry Mugler, Issey Miyake, Gianni Versace, and Halston. She launched Iman Cosmetics in 1994, which has since gone on to be a multimillion dollar company and is a leader in the ethnic beauty sector. As the wife of David Bowie, she is also one half of one of the most fashionable couples in the world.

Model-turned-activist Bethann Hardison turned the entire fashion world on its head last year with her criticisms of the fashion industry’s lack of diversity on the runway. Hardison, a former model and participant in the famed Battle of Versailles, sent a letter to the governing fashion organizations in each fashion capital exposing what she believes is rampant racism in fashion. Some of her calls for change were acted upon immediately, and even she has since applauded recent shifts seen at worldwide fashion weeks.

The Pulitzer Prize-winning fashion critic — the first winner for the category — is the former fashion editor for the Washington Post and is now a freelance fashion journalist. During her time at the Washington Post, Givhan was known for her blunt criticism of designers' collections, and the politicians who wore them. A piece she wrote Hillary Clinton caused quite an uproar.

Currently the Fashion and Style Director for W magazine, Edward Enninful was the youngest fashion director of an international magazine in history when he became fashion director of i-D magazine as at age 18. He has been the talent behind some of the greatest editorial work seen in the industry, including "All Black Models" issue for July 2008 Italian Vogue and, most recently, Mulberry’s Spring 2014 campaign starring Cara Delevingne.

As The New York Times Online Fashion Editor, Simone Oliver oversees the daily editorial for the digital platform On the Runway and coverage of major fashion news. She is also the editor of The Collection, (the New York Times' fashion iPad app) and co-creator of the street style video series Intersection: Where Culture Meets Style.

Claire Sulmers is a fashion writer and editor whose work has appeared in Real Simple, Newsweek, New York, and Essence magazines. She skyrocketed to top-blogger status when she founded the style blog Fashion Bomb. With over 2.4 million monthly visitors, her site has landed Sulmers on Ebony Magazine’s Power 100 List and Teen Vogue’s Blogger of the Moment List.

Check out her interview with Fashion Week-darling Zendaya.

Founders of the acclaimed men’s fashion blog Street Etiquette, Joshua Kissi and Travis Gumbs have been called leaders of the new black fashion movement in the digital space by the New York Times. Their over 20,000 visitors per day would agree.

The design wunderkind was appointed Creative Director of French fashion house Balmain in 2011. After five years working for Roberto Cavalli, the brave designer actually wrote a letter to then Balmain Creative Director Christophe Decarnin asking for a job. Decarnin brought him on as an assistant, and the rest is fashion history. Still in his 20s, Rousteing now oversees the international fashion empire known for its elegant, feminine ready-to-wear and couture.

Queen of the party dress, Tracy Reese has been one of the top black fashion designers for over a decade. She has outfitted many celebrities and is a favorite of First Lady Michelle Obama.

Reese is on the board of the Council of Fashion Designers of America and, until her most recent collection, was the only black designer showing under the tents at Mercedes Benz Fashion Week.

So, yes, there is a diversity problem in fashion. But there are also lots of badass, stylish people looking for solutions.