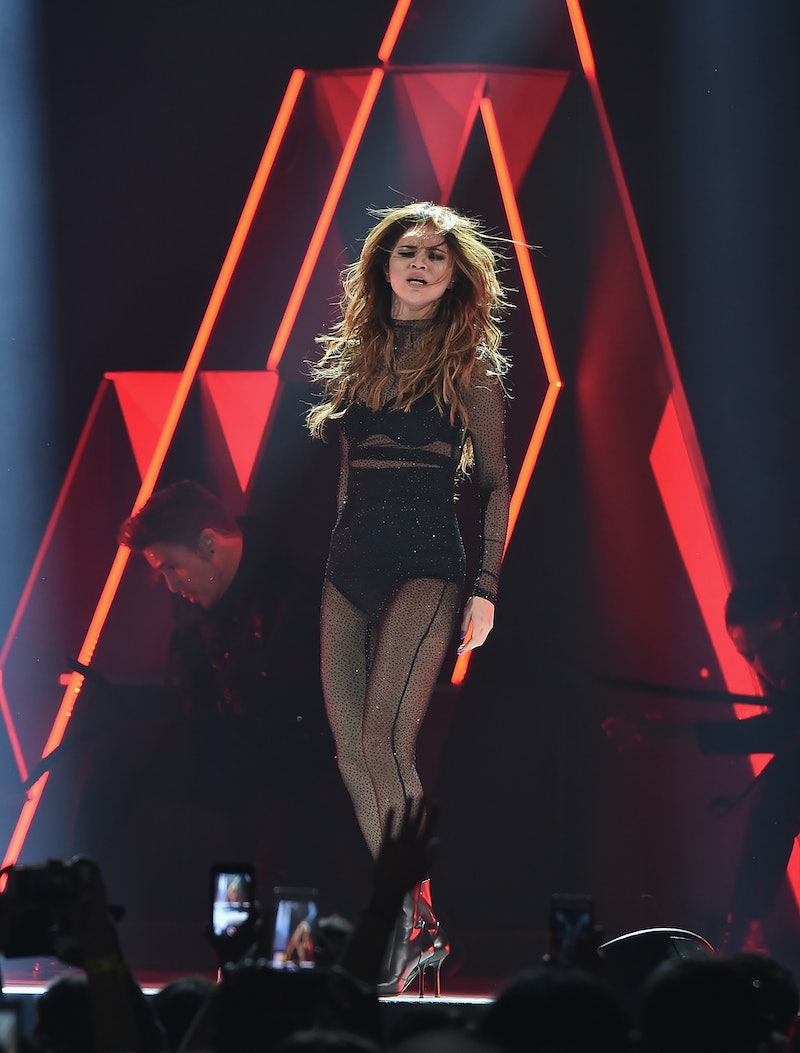 In the sad time since musician and The Voice finalist Christina Grimmie was killed at a meet and greet after a performance on Friday, many stars and fans have paid tribute to Grimmie, including Selena Gomez. Grimmie was the opening act to Gomez's Stars Dance and We Own The Night Tours and the two were close friends; in Seventeen, Grimmie once described her relationship with Gomez as like family. And at her Revival concert on Saturday, Gomez broke down during a tribute to Grimmie, showing just how heartbroken she is over her fellow singer's death.

Earlier on Saturday, Gomez tweeted a goofy picture of herself and Grimmie with the caption, "My heart is absolutely broken. I miss you Christina." Later that night, Gomez took a few moments during her Miami stop on her Revival tour to pay tribute to Grimmie. She described their relationship before dedicating a song to Grimmie, her voice breaking as she said,

“When she was 14, we met her and my parents and I signed her. One thing about Christina and her family is that she holds her faith so closely to her. And I think it’s not about a religion and it’s not about anything or good deeds. It’s just that she had faith, and I don’t really understand how this really happened, but I would like to dedicate this next song to her.”

The song she sang was Hillsong Worship's "Transfiguration," a song about devotion. It was absolutely gorgeous, and a fitting tribute to Grimmie.

Later during her performance, however, while singing "Nobody" off her album Revival, Gomez broke down, losing the ability to continue. She mouthed "sorry" to her fans while she stepped back and composed herself, seamlessly rejoining the song a few seconds later. During these emotional moments, fans cheered her on with cries of "I love you," trying to help her through her grief.

Gomez's stepfather Brian Teefey, who was Grimmie's manager, began a GoFundMe for Grimmie's supportive family. You can donate here.