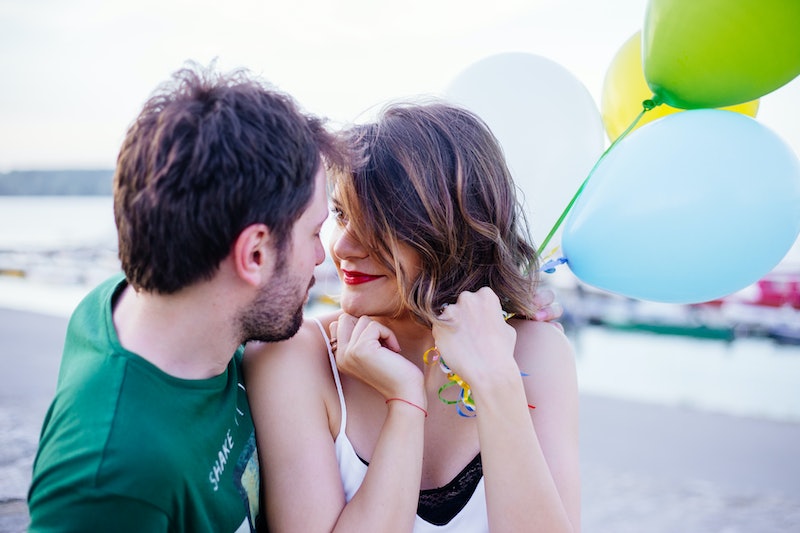 If you're anything like me, you thought you were in love once in middle school. Then, you realized you were actually just in lust when you looked back on it in high school — when you were really in love. But then, in college, you decided that the high school one was actually just lust too. At this point, you think you've been in actual-love since then, but since you apparently can't trust your own judgement about the difference between love and lust, you don't want to be held to that promise.

Love and lust at their extremes may seem easy to discern. When you love someone, you'll take a bullet for them. When you're merely lusting after someone, you'll sacrifice a night of sleep for them at most. But sometimes, feelings of lust can resemble those of love. This is especially common during the beginning of a relationship, when the brain enters a state known as limerence, according to Dr. Nicki Nance, a licensed psychotherapist and an assistant professor of psychology at Beacon College. Due to all the chemicals dancing around in your brain, you become so intensely infatuated that it seems like much more than infatuation.

How do you distinguish that initial excitement from lasting love, then? Here are a few signs that distinguish true love from plain old lust.

One surefire sign that your relationship is about more than sex is that you'll sacrifice your sex life for other aspects of the relationship. "When you are willing to forgo sex because your partner pulled an all-nighter working on a brief or had a medical emergency at the hospital where they work, you’re showing signs of loving that person, not just lusting after them," says relationship advice columnist April Masini. "Lust is more focused and has to do with wanting to have sex with them." Another sign is that when you and your partner are having an important conversation, you'd rather take your time with it than get it over with so you can hop into bed.

Building love requires two people, says Tina B. Tessina, Ph.D., psychotherapist and author of How to be Happy Partners: Working it out Together . Unrequited love isn't really love because it's not based on a mutually caring relationship. "Love is the constantly renewing energy that keeps a commitment alive," she tells Bustle. "When both partners feel loved, and both feel appreciated for being loving, commitment can thrive."

How to be Happy Partners: Working It Out Together , $10, Amazon

3. You Accept Their Flaws

If you're in lust, you might be in denial of your partner's flaws because you want to retain your fantasy of the relationship. When you're in love, on the other hand, you understand every aspect of your partner, and even if some of their traits are less than idea, you find them to be worth it. "When we’re in lust, we often gloss over irritants because our brains are flooded with dopamine and adrenaline," says Astroglide's Resident Sexologist, Dr. Jess. "This passionate love/lust inevitably fades as we get to know a new partner (for better or worse) and transition to attachment/companionate love."

Having a crush can be fun, but it's not lasting. "Lust doesn’t take the whole person into account; it is usually short-lived and obsessive," says couples counselor Evie Shafner, LMFT. "After the bloom of the romantic phases fades, the desire for that person goes away." Love is less thrilling and all-consuming than lust, but it's more steady and reliable.

5. Their Behavior Is In Line With Your Idea Of Them

Loving someone means loving who they are, not a fantasy of them. If your partner consistently does things that surprise you or seem out of character, this might be because you're really just in lust. "Lust is based on a fantasy," says Shafner — "not having a realistic picture of the object of our desire, but what we are projecting onto them." When you're in love, your partner won't likely surprise you in major ways because you already know them through and through.