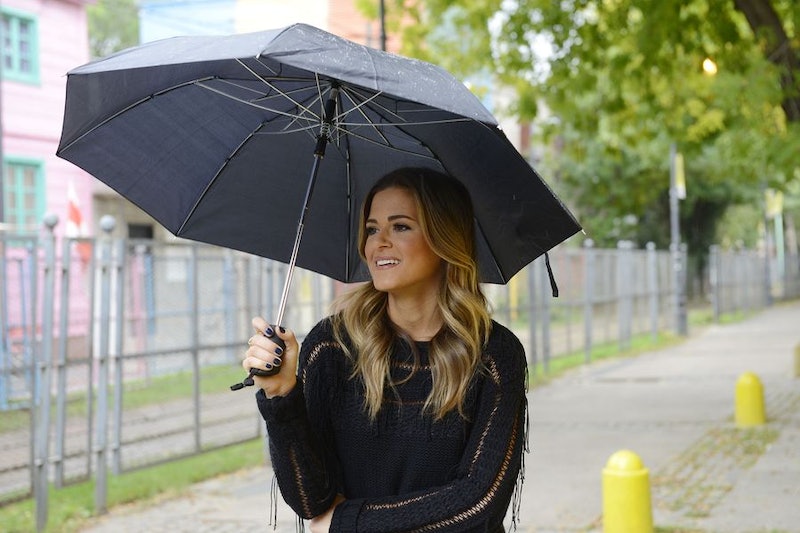 Reality television has made it so we know everything about the people in front of the camera but not that much about those behind. In the case of The Bachelor, The Bachelorette, and Bachelor In Paradise, one of those people is Elan Gale, reality TV producer extraordinaire and pal to most of his old cast members. Elan Gale is one of the brains behind all of The Bachelor and Bachelorette, and he knows all. Sure, you can’t just run up to Gale and ask him questions about the show, but Gale’s social media provides a glimpse into Bachelor Nation life.

Gale has been working on The Bachelor in some capacity for many years, but he gained quite a bit of notoriety in 2013 when he live-tweeted a fight between himself and “Diane,” a fellow passenger on a flight home for Thanksgiving. Apparently, “Diane” was upset that the flight was delayed and she needed to get home, and things between her and Gale got heated IRL. Turns out the whole thing was fake, and he told ABC News, “I’m not a liar — I’m a storyteller.” Either way, the whole event was hilarious, and it cemented Gale’s place as a Twitter comedian.

Sure, he’s funny, but I’m more interested in what he can do for me on The Bachelor. I mean, I need the dirt. I want to know what’s happening behind the scenes with my favorite contestants, and Gale’s Instagram is one of the best places to find out.

He Gets Down With The Contestants

To dance with someone is to know them, and if Gale whipping his hair back and forth with Bachelor contestant Jubilee is any indication, these two are BFFs. I think Jubilee wins this dance off, though.

He Catches The Bachelor In Vulnerable Moments

If you ever wanted to know if Bachelor Ben Higgins wears boxers or briefs, Gale is the man to help you out.

He Practices Lotus Pose With The Twins

Emily and Haley were only on Ben Higgins' season of The Bachelor, but you can bet that they and Gale are still doing yoga together. I only can imagine they're still seeking enlightenment together.

He Supports His Cast

Kaitlyn Bristowe fell in quite a bit of mud when she had sex with Nick Viall before the Fantasy Suite dates. It's no big whoop to me (or Gale), but Kaitlyn was raked over the coals for it. Gale, to his credit, was super supportive of her choices and defended her at every turn.

He Helps The Bachelorette Get Ready

JoJo's secret to those perfect barrel curls? Gale does them. The secret is out.

He Strikes A Pose In Paradise

We all are mermaids, aren't we?

Oh, like you've never walked in on Chris Harrison with his pants down.

He Enjoys The Fruits Of His Labor

Look at how nice everyone looked at Jade and Tanner's wedding — this is a couple that Gale basically helped set up, so I'm sure he's a proud papa at these events.

If you're looking for Bachelor and Bachelorette scoop, Gale is definitely your man.