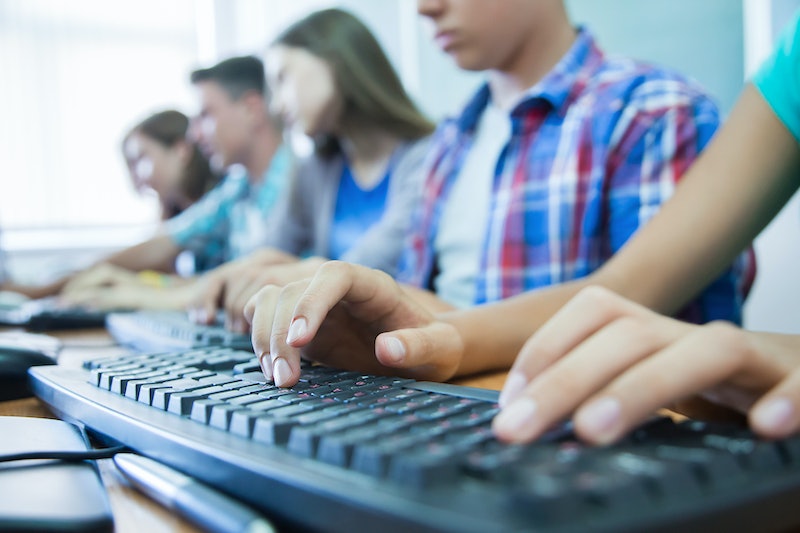 What's even more worrying is how a lot of children are being exposed to it — and the lack of sex education that accompanies it. Here's what else the survey found:

1. Children Were More Likely To Stumble Across It Than Look For It

It's such a confusing thing for children as young as 11 to be stumbling on without context, but while only 19 percent of children searched for it deliberately, 28 percent had come across it online, mostly through pop up ads.

2. But Boys Were More Likely To Want To Search For It

While 59 percent of the boy viewers saw it by choice, only 25 percent of girls had viewed it deliberately.

4. It Didn't Teach Them About Consent

5. But Those Who Didn't Have A Context For It Were More Likely To Rate It Positively

Young people who rated pornography positively were more likely to be: boys; younger respondents; or those whose families and/or schools had not engaged with them about online pornography.

This means that those who didn't have educational or parental explanations for what they were viewing were more likely to view it positively, underling the need for education and context. It really drives Beall's point, and the MakeLoveNotPorn message, home. We need more depictions of real world sex, especially for young adults. They need it and their future relationships need it.