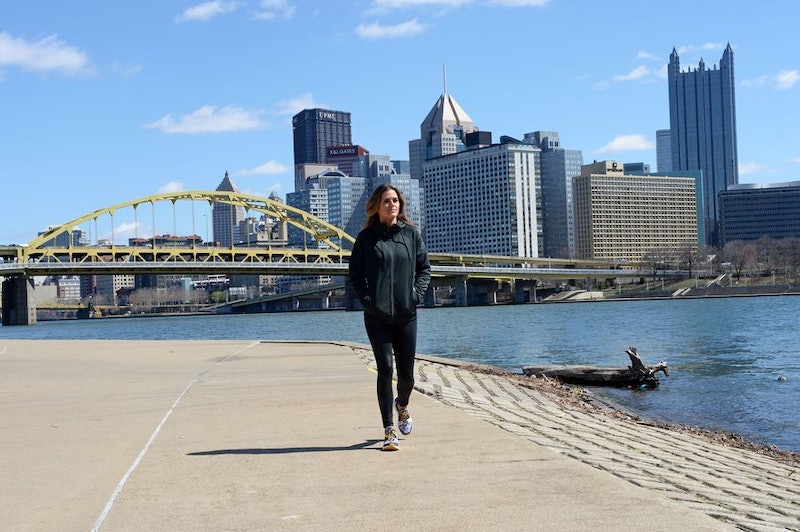 This season of The Bachelorette is crazy, y’all. What is going on with these whiny contestants and all of this crying? I thought we resolved the next issue with Chad leaving and Robby confessing that his best friend died and that’s why he’s living life with no regrets or whatever, but previews for the finale (which is sooner than we think) show JoJo saying goodbye to a man she loves. Who is the man JoJo sends home on the finale of The Bachelorette ? She says that what this man did "wasn't right."

In the preview, JoJo is crying and crying and crying, saying that the man she loves and has to say goodbye to cannot love her back the way she needs to be loved, and because of that, she has to let him go. It then showed JoJo talking to the man in question and telling him how hard it is to give him up and how hard it is for her not to love him. Yikes on bikes, right? Personally, I think the man in question is Robby. Given everything that he told JoJo about his new mantra of living life to the fullest, I feel like he would tell JoJo if he didn’t think their relationship was right. If he made it to the end and then decided it wasn’t something he wanted to go through with, he would be honest — Robby is not pussyfooting around his life anymore, and he said as much during his one-on-one date with JoJo.

Honesty is really the best policy here, whether it breaks JoJo’s heart or not. She’d be much happier knowing she didn’t marry a man that couldn’t love her right versus marrying him and suffering through it. If it is Robby and it is the reason for JoJo having to not love him or whatever, that’s the most honest and fair way to go about things. So who is this mystery man? We’ll just have to wait until the finale of The Bachelorette to find out. I can’t wait!