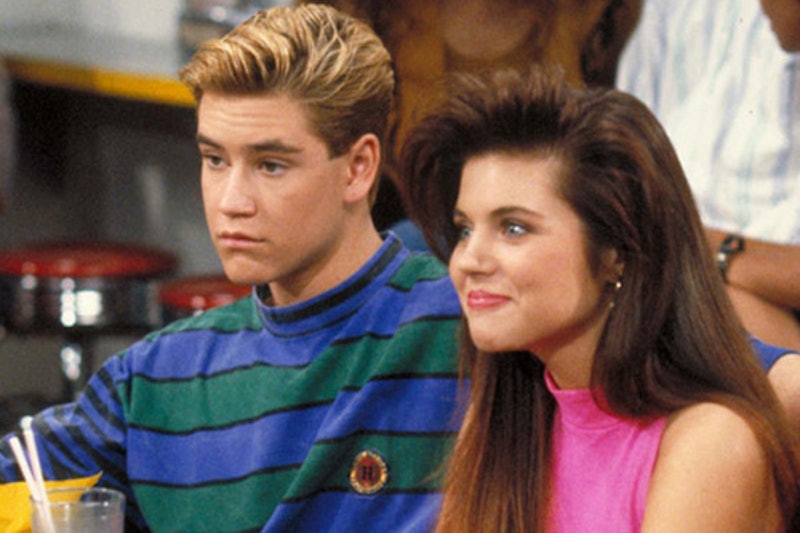 All kids are full of secrets, but '90s kids have some pretty unique skeletons in the closet. That is to say, there were cringeworthy things you did in the '90s that you hoped no one would ever find out about. Whether it was the dirty things you did with your Leonardo DiCaprio posters, or if it was really YOU who was pushing the glass in a seance, there are certain things '90s kids will take to the grave. The only problem is, other '90s kids have the same secrets. Basically, we know what you did last summer. Or the summer of 1995. You get the idea.

If you ever rigged a cootie catcher or purposefully drowned someone else's Tamagotchi, I've got your number. Because I was there and I lived those things too. What a dark time to be alive. Secrets, of course, were much easier to keep when there was no social media to divulge them. No way to accidentally "like" a picture of your crush when you're five years deep stalking their cousin's girlfriend's Facebook. No Twitter to accidentally post a search rather than a status. No Instagram where you could be caught out with the gals the night before calling in sick to work. Here are 12 secrets all '90s kids have.

1. Pushing The Glass In A Seance

All '90s kids pretend to hate the mystery person who was pushing the glass in a seance. The one secret we'll never admit is that sometimes it was us. Yeah, the secret's out: everyone pushed the glass at least once.

2. Making Out With Your Heartthrob Posters

Some of you even rubbed up a little on them, didn't you? It wasn't exactly something you bragged about though. Tonguing a poster didn't exactly earn you cool points at school.

3. Rigging Your Cootie Catcher To Give Yourself Optimum Results

We all liked to pretend that asking questions of our cootie catcher was the best way to leave our decision making up to chance, but the truth is far from that. Everyone knew how to work the system. Which is why you'd make cootie catchers designed to give you the answers you wanted, or you'd do a counting cards type of memory trick to always choose the right number for the correct answer.

Of all the terrible, cruel and cold hearted things you did in the '90s, purposefully killing yours or someone else's Tamagotchi was a secret that still makes you lose sleep at night.

5. Never Rewinding Your VHS Tapes But Returning Them Anyway

You should have known better. And even now, you have nostalgic conversations where you say things like, "Remember when you'd hire a video and it wasn't rewound, so you'd have to rewind it yourself and it was SO annoying," but always fail to mention that the serial non-rewinder was YOU.

6. Not Really Liking The First Harry Potter Book That Much

What, no, what are you talking about? The first book was the best one *laughs nervously*. Sure, it was what got you started, but as you progressed through the Harry Potter series, the first book started looking a bit... eh. There are people who will rip your face off for saying that out loud though, so best keep it to yourself.

Has any '90s kid ever admitted to not knowing what "D.O.A." in the Friends theme song meant in the '90s? Can we all just agree while we've worked it out since, at the time we weren't even entirely sure what we were singing was "D.O.A." at all.

8. That One Gel Pen You Stole From Your Friend And Then Played Dumb About

It haunts you, doesn't it? Your friend left their pen laying about willy nilly one day, and you pocketed it. They would have lost it anyway, you told yourself as you took it home and proceeded to sign your signature and draw love hearts all over a piece of paper.

9. The Time You Accidentally Got A Hole In Someone Else's Oily Sticker And Just Quietly Put It Away And Never Mentioned It

Pushing an oily sticker was the most fun a '90s kid could have... until it wasn't. Sometimes those suckers would burst. And sometimes you'd burst someone else's, close the sticker book in slow motion, and slide it away, never to mention it ever. Your friend who later find their oily completely depleted of oil, neighboring stickers soaked through, all because you had to keep it a secret.

10. The Fact That Troll Dolls Actually Really Creeped You Out And Still Do

We act all nostalgic about troll dolls, but those things are terrifying and horrible. Every '90s kids knows it, but no one will admit it.

11. Talking To Your Crush Under A Fake Name On IM

Of all the things you will keep to yourself as a '90s child, the biggest one is talking to your crush under a fake IM name and grilling them about how they felt about your actual self... Especially if you still know that person or went on to actually date them.