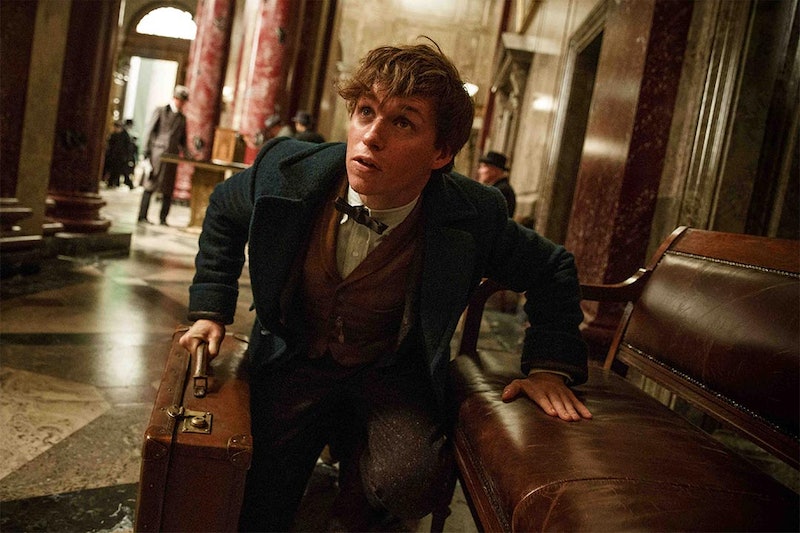 In 2001, J.K. Rowling published two Hogwarts textbooks to benefit Comic Relief, a U.K. charity that raises money via comedic telethons. Fifteen years later, with a movie and a bound screenplay on the way, the Fantastic Beasts and Where to Find Them book is getting a new edition, the sales of which will also support Comic Relief.

Within the Harry Potter canon, Fantastic Beasts and Where to Find Them is a textbook assigned to first-year Hogwarts students. Written by a Magizoologist named Newt Scamander, the book described safety, housing, and care protocols, and contained a bestiary of magical creatures, including the Acromantula and ten species of dragons.

Rowling wrote the Fantastic Beasts and Where to Find Them screenplay, which will be printed and bound for Potterheads to read on November 19. The film stars Eddie Redmayne as Newt Scamander, who travels to New York with his magical creatures — some of which escape. In his mission to recapture them, the Magizoologist learns that No-Majs — U.S. Muggles — are much more fearful of magic than their U.K. counterparts, and that fear might spell disaster for witches and wizards living in the States. The film will be the first in a planned trilogy.

There's no word yet on the other Hogwarts textbook, Quidditch through the Ages, getting a movie trilogy or a new edition, but sportier Harry Potter fans can hold out hope.

The new edition of the Fantastic Beasts and Where to Find Them book is currently slated for release on March 14, 2017.