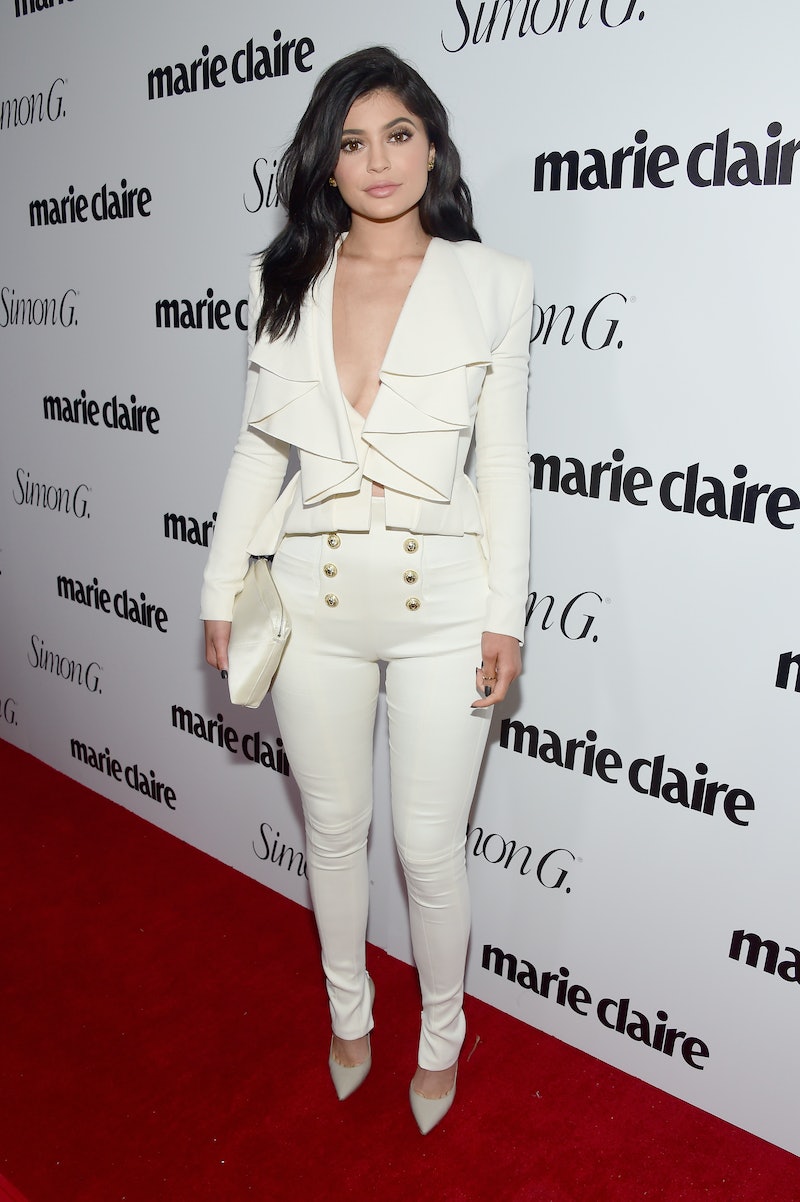 When it comes to lipsticks, there's one teen that's ruling the beauty world: Kylie Jenner. So much so that each time she creates a new color or restocks previous ones, they sell out like, well, hotcakes. So it comes as no surprise that a Kylie Cosmetics store may be happening, according to Jenner's Snapchat story she posted on Thursday.

If you've been trying to snag one of her lip kits for a while (aka me), you've learned that checking in on her Snapchat is the best way to find out about new restocks and new colors she's coming out with. Along with snippets of her outfits, photos of current shoots she's on, and the classic car snap, Jenner uses her Snapchat for a lot of announcements — and this one might be the most exciting one yet.

Tonight, she Snapchatted an unfinished room which I first thought was a new house that she was building. But with the volume on loud, she said, "Looking for Kylie Cosmetics store right now," and my jaw pretty much dropped to the floor. Imagine the chaos in that shop! It's safe to say that her lip kits are really in demand.

Looks like one big space — that's a lot of beauty products!

In this second one, she says "makeup store's about to be lit!"

And naturally, her fans are freaking out on Twitter:

Judging from this photo, it looks like it IS indeed about to be lit.

Does this mean less waiting for lip kits? Does it mean more products than just lipsticks and glosses? I sure hope so! While I don't know when it will be opening, I sure hope it's in the near future. I'm definitely paying this store a few visits whenever I visit L.A. That is, of course, if it doesn't sell out of everything immediately.