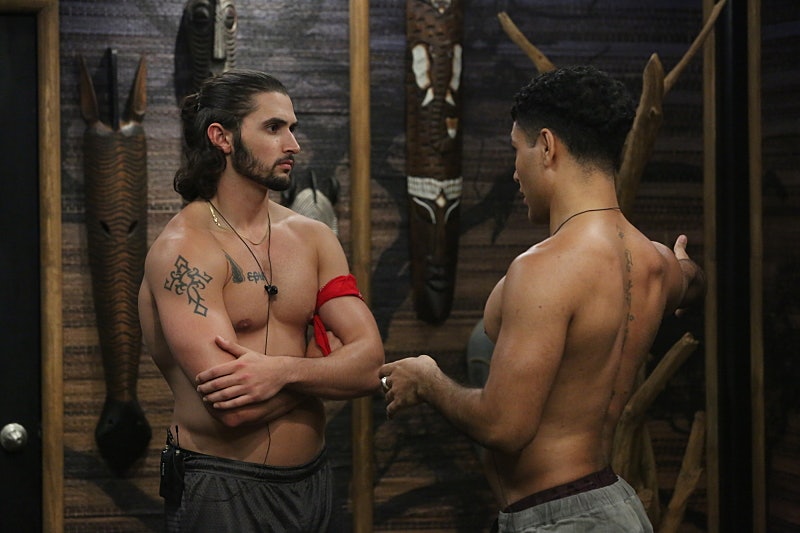 We’re just days into Season 18 of Big Brother, and already the gameplay is strong and the twists are aplenty. Not only was the house full of four stowaways long before the 12 other houseguests entered, but the twists already happening in the game are a bit of a doozy. Before the live feeds began streaming, a competition was held that the houseguests are referring to as "BB Road Kill" — and it’s already making major waves in how the game is being played. So what is "BB Road Kill," and how will it affect the game? This twist is a game changer, friends, so get ready to have your Big Brother-loving worlds rocked.

The competition name is likely a loving reference to the first twist of the Season 18: The “Hit the Road” Twist. After Glenn was immediately evicted after losing the S.O.S. challenge, the houseguests competed in another competition in secret that gave Frank power and left Paul on the block with Jozea and Paulie. So what kind of competition would cause such chaos in the house so early in the game?

One fan feed on Twitter is comparing the "BB Road Kill" competition to Big Brother MVP. The Most Valuable Player twist happened in Season 15 and was a twist where at-home viewers voted on the houseguest with the best game each week. In other words: That week’s Most Valuable Player. With that power in hand came the ability for the chosen houseguest to nominate a third player for eviction. And from the what’s happening in the house these days, the comparison between BB MVP and BB Road Kill seems totally accurate.

Frank was the winner of BB Road Kill and the first houseguest to be given the power to nominate an additional houseguest for eviction. He chose to put Paul up on the block, right next to Nicole’s two nominees, Jozea and Paulie. But this twist could do a lot more damage in the house than anyone is anticipating. There could be some significant ramifications for how the game is played because of BB Road Kill.

For instance, if the houseguests are being given the power based on their gameplay, then that means that playing strategically will get you almost as much power as winning challenges will. With the BB Road Kill winner having one vote and the HoH having two, how you play the game could put you in a position of power similar to those players who are strong competitors.

In addition to giving some of the more strategic players more power, this twist could greatly impact how people play their social game in the house. If someone is going to have the power to nominate a houseguest for eviction each week — anonymously, no less! — the friends these houseguests make and the number of people they piss off matters just as much as how strong they are in competitions. In other words, this season of Big Brother is going to require even more strategy than any season that has come before.

So hold on to your see-through floors, Big Brother fans. This twist, if it continues, is going to change everything this season.