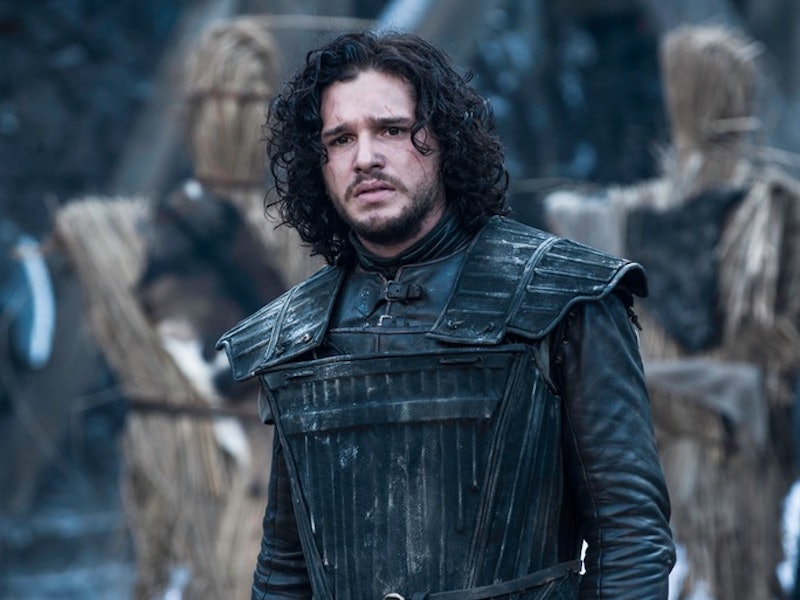 Leave it to Game of Thrones to wrap up its sixth season with an episode that leaves me with more questions than answers, namely — could Aerys Targaryen be Jon Snow's father, instead of the presumed pops, Rhaegar? Obviously, the June 26 finale was a big one, with half of the popular fan theory R+L=J being confirmed. I assume that if you're here, reading this post right now, you're into the show enough to be familiar with the fan theories, but just to make sure we're on the same page, R+L=J was a speculative theory about Jon Snow's parentage. The "R" stands for Rhaegar Targaryen, the "L" stands for Lyanna Stark, and the "J" of course is for Jon Snow. But while the show gave us the thumbs up on the Lyanna part of that equation, confirming that she is in fact Jon's mother, the writers were silent on the the rest of it, which started to get me suspicious.

Because if we were right, and Rhaegar is the fire to Lyanna's ice, then why didn't they just come out with it at the same time as the Lyanna reveal? It suggests to me that there's more to it, that the fan theory we came up with needs a sneaky little tweak. And not a huge tweak, mind you — there have been too many Targaryen hints for me to look too closely at another house just yet. The show and the books alike have gone out of their way to leave a trail of breadcrumbs that leads to that fiery door.

But if not Rhaegar, the only other natural Targaryen choice would be Aerys Targaryen, the Mad King himself. Considering the vastly diminished nature of the Targaryen House, he's really the only option, considering age and access. And surely I can't be the only one to have noticed how often his name has been coming up of late. Remember that conversation between Daenerys and Yara Greyjoy where they talk about how they both had mad fathers and have had to forge their own paths? It's almost like the writers wanted to plant that seed in our brains so they could water it in the finale and it would have the entire season break to sprout. I'm gonna be such a curious little plant by the time we come back for Season 7, I can't stand it.