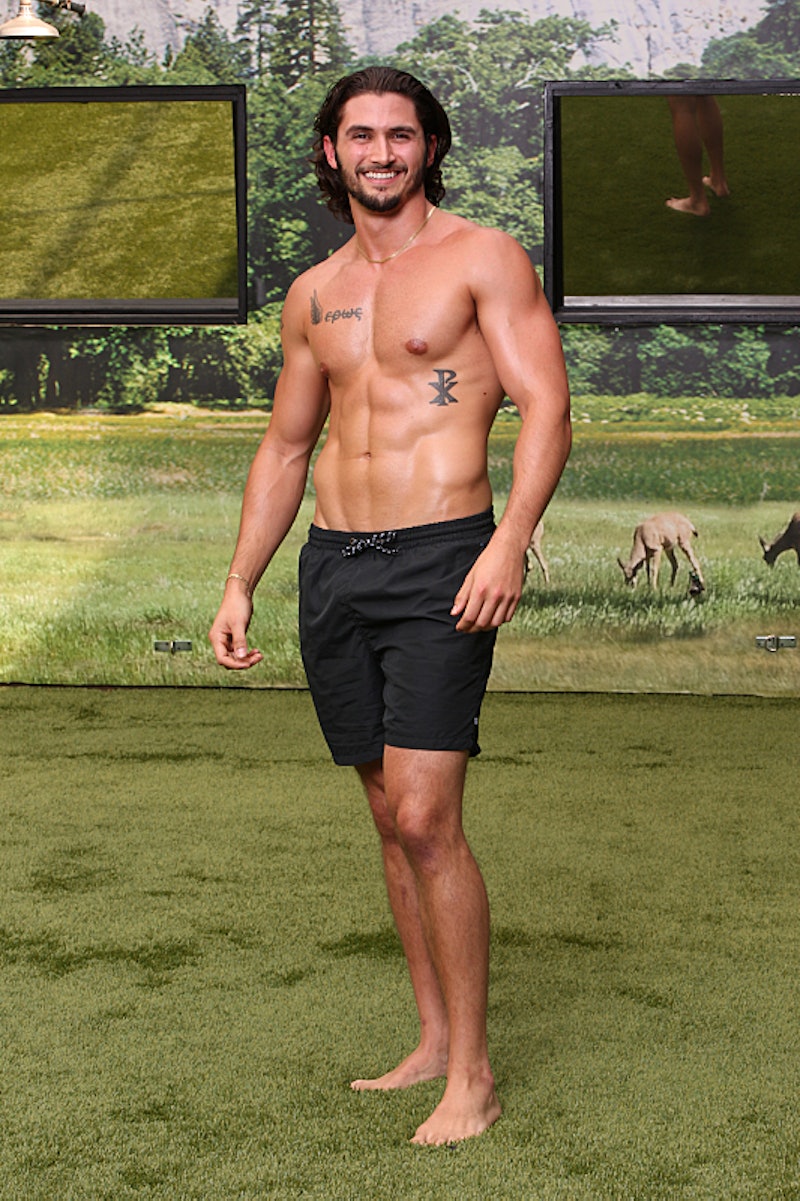 If you’ve seen even one episode of this season of CBS' beloved summer reality competition, then you likely have seen Big Brother houseguest Victor’s tattoos. After all, the man has a hard time keeping his shirt on. Not that I’m complaining, because his body art is some of the best in the house. Plus, it always feels a little like solving a puzzle every season as I try to make out what each player’s tattoos mean. And, for Victor, the meaning behind his tattoos seem very personal. So what are Victor’s tattoos? This player’s body art reveals a lot about who he is and how he may play the game.

From the images and episodes that audiences seen so far, it appears that Victor has three tattoos, and each one seems to have significant meaning. Instead of colorful images covering his entire body, Victor’s tattoos all clearly represent something personal. The first being the “P” and “X” on the left side of his stomach. It’s not entirely clear what these letters mean (their Greek affiliation didn’t turn up anything of significance), but I’m thinking they could be something deeply personal to Victor. Whether the initials of someone he knows or an organization close to his heart, it’s clear that whatever these letters mean represent enough in this Big Brother houseguest’s life to get them tattooed on his body forever.

And then there is the tattoo on the right side of his chest. This tattoo definitely looks more Greek to me, like lower case Greek letters that mean something. But, again, the meaning is hard to make out. The letters appear to be epsilon, rho, and omega, but the fourth one is hard to see clearly. It could be zeta or it could be sigma, neither of which yield much as far as fraternities are concerned. But considering that there is a line through these four letters blocking some of the lines, it could be that the fourth letter is something else entirely. If not that, then the tattoo could be referring to something other than a Greek affiliation, especially since there is a line through the letters and there are what appear to be angel wings to the left of them. What strangers to Victor’s personal life read as Greek lettering could actually be code for something else entirely, like a lost loved one or friend.

And then there is the third tattoo: an ornate cross on Victor’s right bicep. And with this third tattoo capping off the already personal body art that Victor has, I have a feeling that he is going to be the kind of player who remains loyal to his alliances and true to convictions until the very end.

So stay tuned to find out if Victor's tattoos really do give away any of his strategy when it comes to game play. They could be more revealing than any of us think.